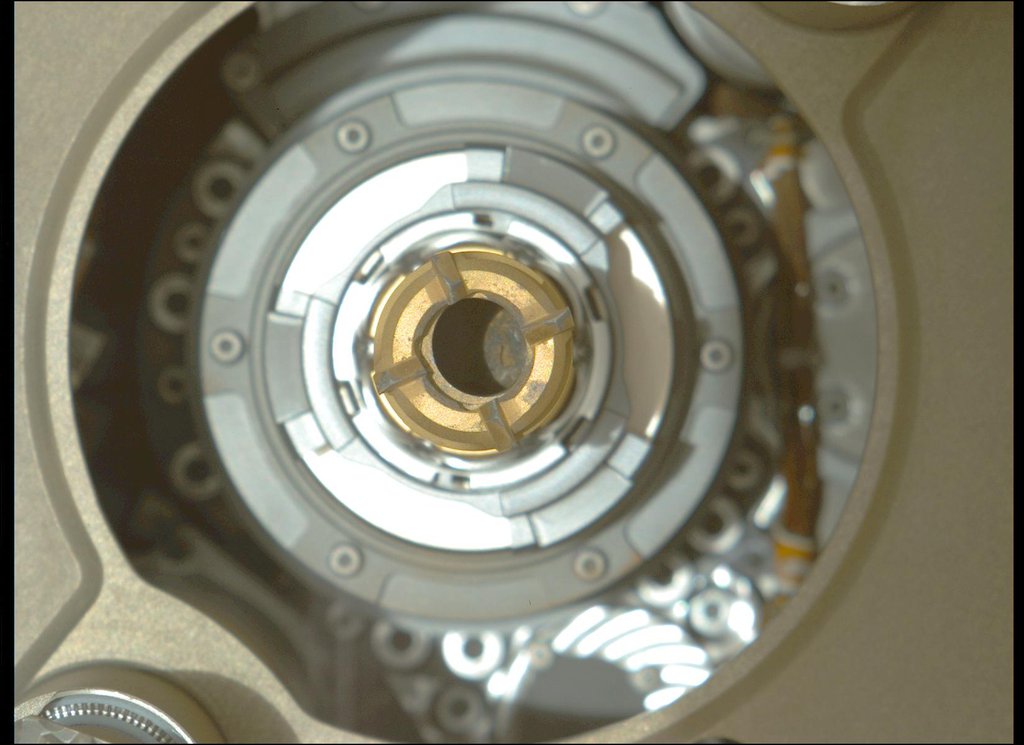 This image taken by the Mastcam-Z camera aboard NASA's Perseverance rover on Sept. 4, 2021, confirmed that the rover had retained a rock core in the sample tube held in the drill at the end of its robotic arm.

After Perseverance drilled the hole called "Montdenier" in the rock nicknamed "Rochette" on Sept. 1 and acquired the rock core, which is slightly thicker than a pencil, the rover vibrated it to clear any material stuck between the coring bit and the sample tube within the bit. The rover then conducted additional imaging to double-check that it retained the rock.