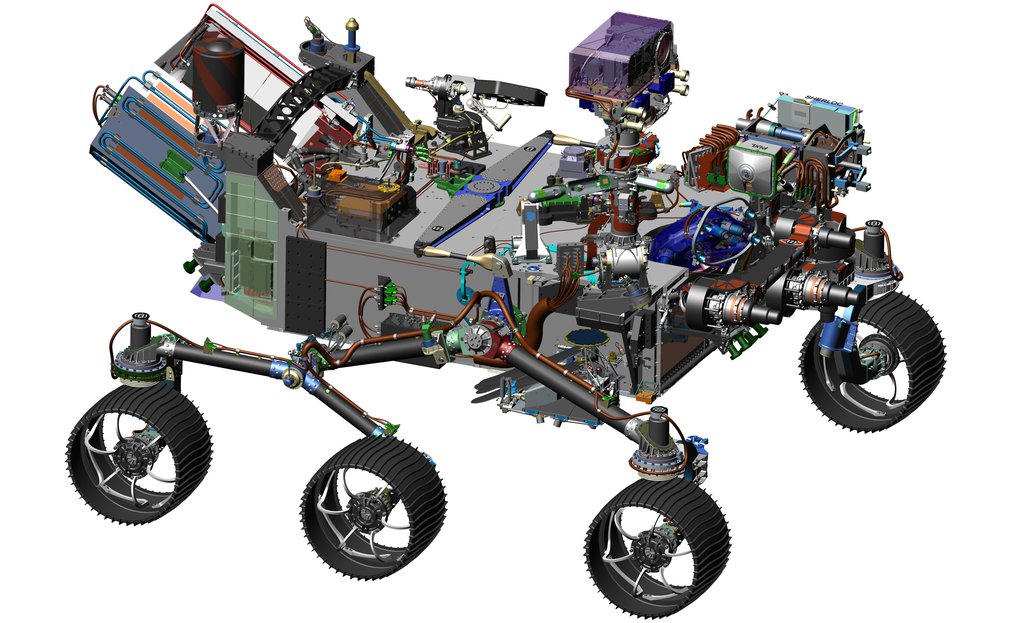 NASA's 2020 Mars rover mission will go to a region of Mars thought to have offered favorable conditions long ago for microbial life, and the rover will search for signs of past life there. It will also collect and cache samples for potential return to Earth, for many types of laboratory analysis. As a pioneering step toward how humans on Mars will use the Red Planet's natural resources, the rover will extract oxygen from the Martian atmosphere.

This 2016 image comes from computer-assisted-design work on the 2020 rover. The design leverages many successful features of NASA's Curiosity rover, which landed on Mars in 2012, but it adds new science instruments and a sampling system to carry out the new goals for the mission.