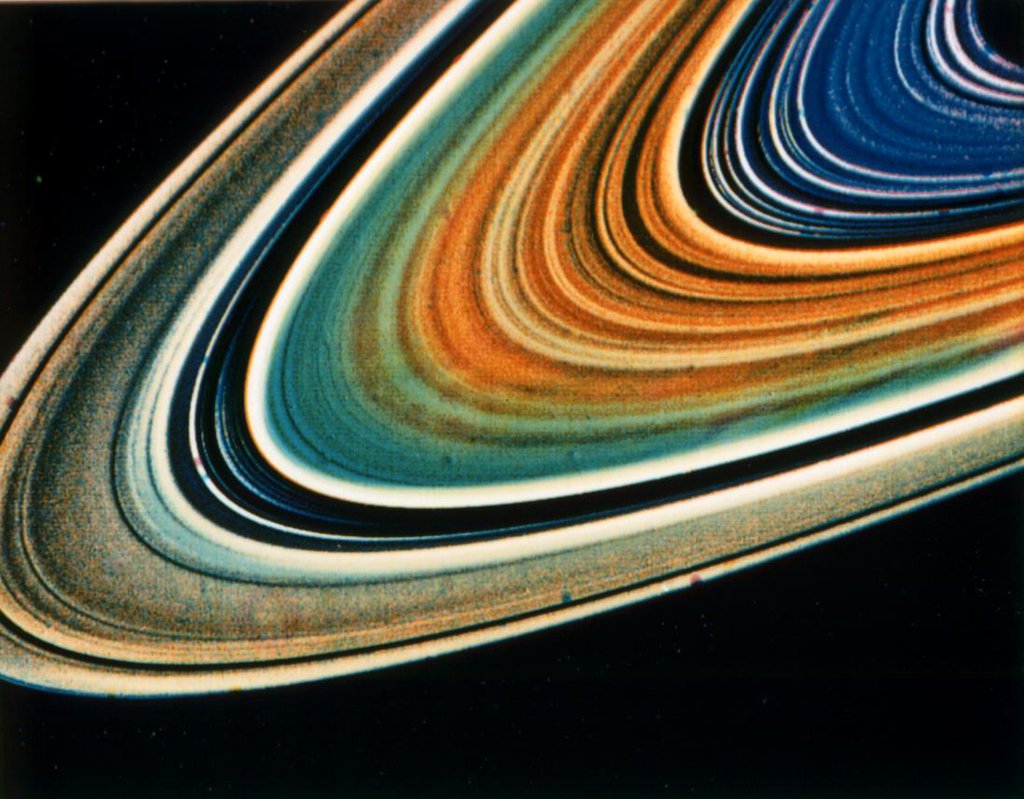 Possible variations in chemical composition from one part of Saturn's ring system to another are visible in this Voyager 2 picture as subtle color variations that can be recorded with special computer-processing techniques. This highly enhanced color view was assembled from clear, orange and ultraviolet frames obtained Aug. 17, 1981, from a distance of 8.9 million kilometers (5.5 million miles). In addition to the previously known blue color of the C-ring and the Cassini Division, the picture shows additional color differences between the inner B-ring and outer region (where the spokes form) and between these and the A-ring. The Voyager project is managed for NASA by the Jet Propulsion Laboratory, Pasadena, Calif.