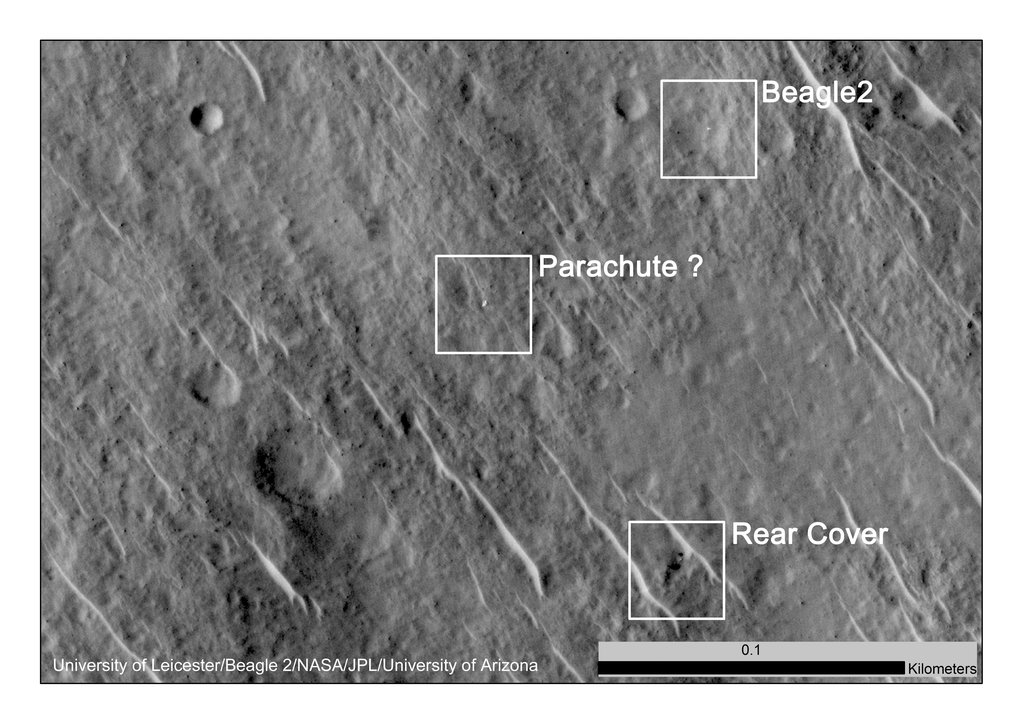 This annotated image shows where features seen in a 2014 observation by NASA's Mars Reconnaissance Orbiter have been interpreted as hardware from the Dec. 25, 2003, arrival at Mars of the United Kingdom's Beagle 2 Lander.

Beagle 2 was released by the European Space Agency's Mars Express orbiter but never heard from after its expected landing. Images from the High Resolution Imaging Science Experiment (HiRISE) camera on Mars Reconnaissance Orbiter have been interpreted as showing the Beagle 2 did make a soft landing and at least partially deployed its solar panels.