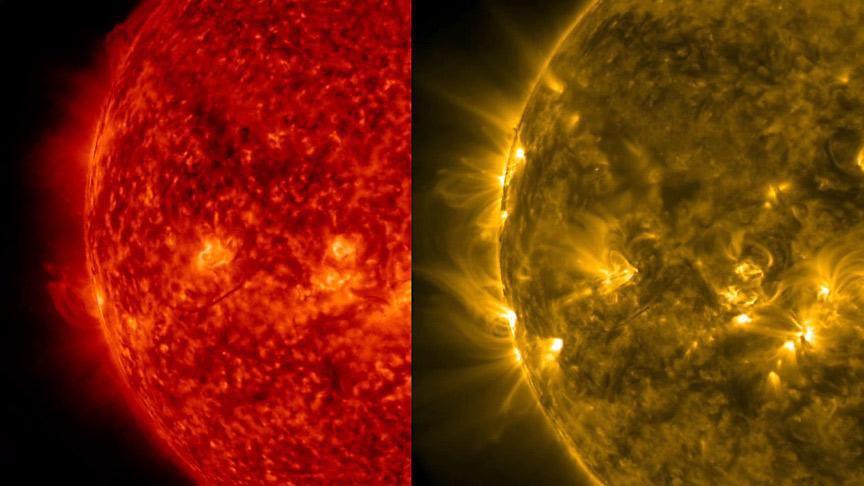 This side-by-side rendering of the Sun at the same time in two different wavelengths of extreme ultraviolet light helps to visualize the differing features visible in each wavelength (Dec. 10-11, 2015). Most prominently, we can see much finer strands of plasma looping above the surface in the 171 Angstrom wavelength (gold) than in the 304 Angstrom wavelength (red), which captures cooler plasma closer to the Sun's surface. SDO observes the Sun in 10 different wavelengths with each one capturing somewhat different features at various temperatures and elevations above the Sun.