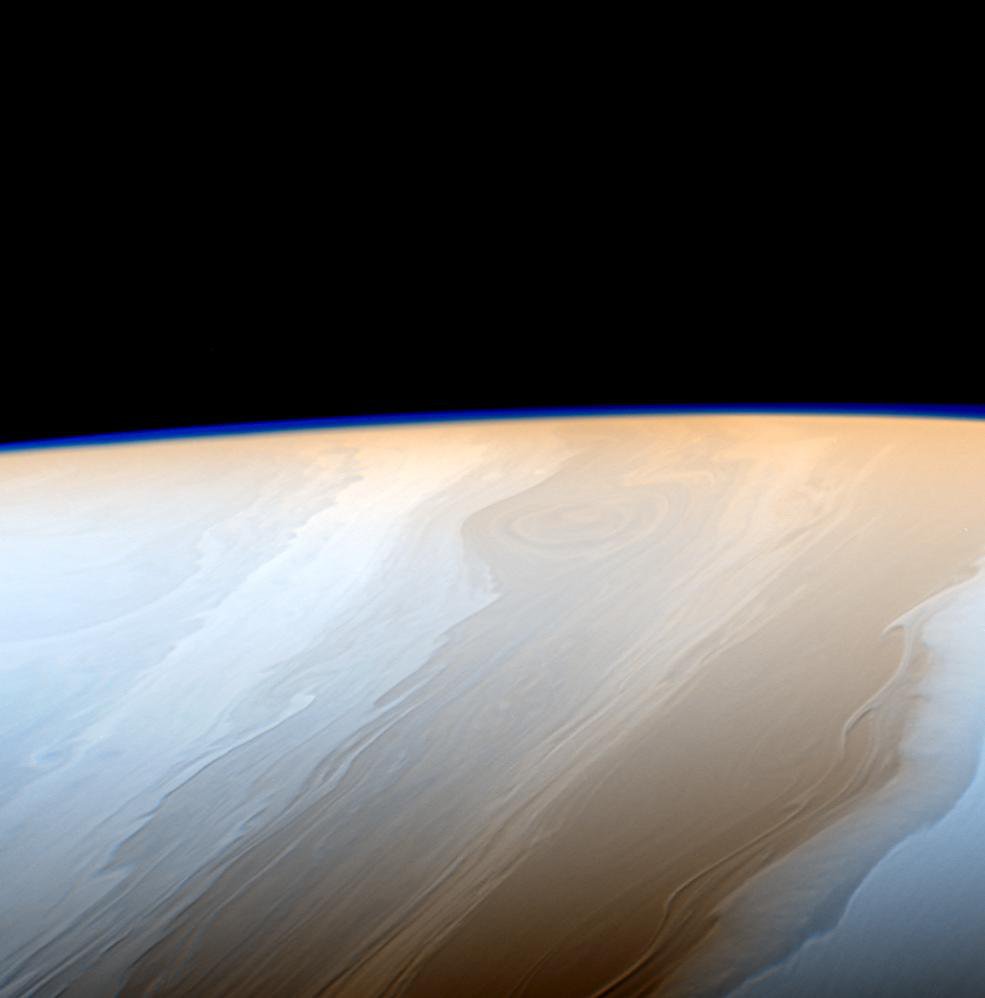 Clouds on Saturn take on the appearance of strokes from a cosmic brush thanks to the wavy way that fluids interact in Saturn's atmosphere.

Neighboring bands of clouds move at different speeds and directions depending on their latitudes. This generates turbulence where bands meet and leads to the wavy structure along the interfaces. Saturn's upper atmosphere generates the faint haze seen along the limb of the planet in this image.

This false color view is centered on 46 degrees north latitude on Saturn. The images were taken with the Cassini spacecraft narrow-angle camera on May 18, 2017 using a combination of spectral filters which preferentially admit wavelengths of near-infrared light. The image filter centered at 727 nanometers was used for red in this image; the filter centered at 750 nanometers was used for blue. (The green color channel was simulated using an average of the two filters.)

The view was obtained at a distance of approximately 750,000 miles (1.2 million kilometers) from Saturn. Image scale is about 4 miles (7 kilometers) per pixel.