Clouds Over Ligeia Mare on Titan 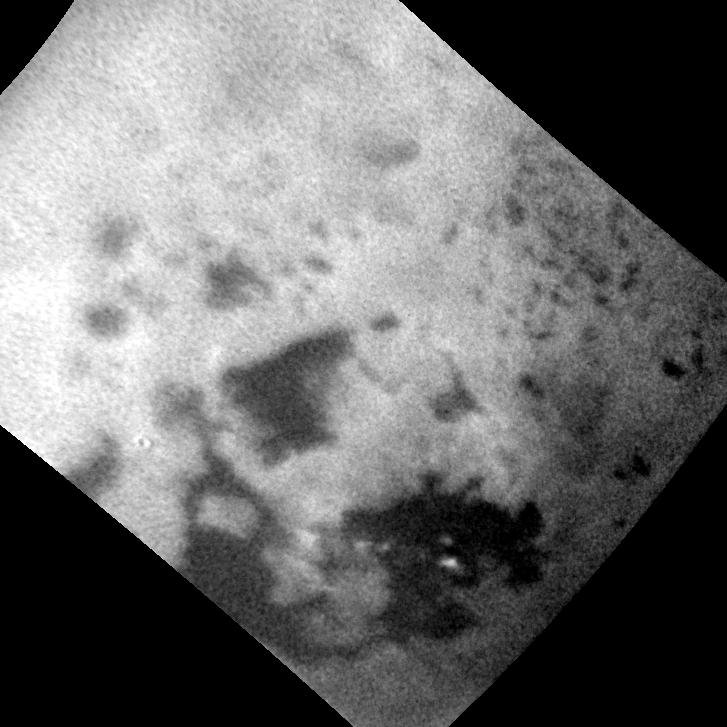 The spacecraft captured the views between July 20 and July 22, 2014, as it departed Titan following a flyby. Cassini tracked the system of clouds as it developed and dissipated over Ligeia Mare during this two-day period. Measurements of the cloud motions indicate wind speeds of around 7 to 10 miles per hour (3 to 4.5 meters per second).

The timing between exposures in the sequence varies. In particular, there is a 17.5-hour jump between the second and third frames. Most other frames are separated by one to two hours.

A separate view, PIA18421, shows the location of these clouds relative to features in Titan's north polar region.