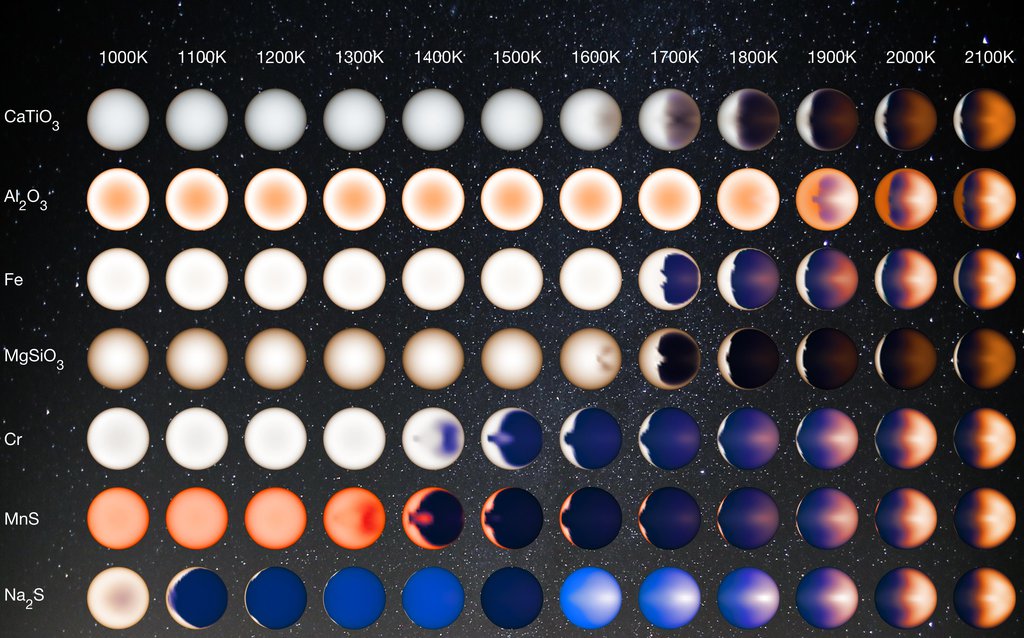 Hot Jupiters are exoplanets that orbit their stars so tightly that their temperatures are extremely high, reaching over 2,400 degrees Fahrenheit (1600 Kelvin). They are also tidally locked, so one side of the planet always faces the sun and the other is in permanent darkness. Research suggests that the "dayside" is largely free of clouds, while the "nightside" is heavily clouded.

This illustration represents how hot Jupiters of different temperatures and different cloud compositions might appear to a person flying over the dayside of these planets on a spaceship, based on computer modeling.

Cooler planets are entirely cloudy, whereas hotter planets have morning clouds only. Clouds of different composition have different colors, whereas the clear sky is bluer than on Earth. For the hottest planets, the atmosphere is hot enough on the evening side to glow like a charcoal.