Closeup of Send Your Name to Mars Chips on Perseverance Rover 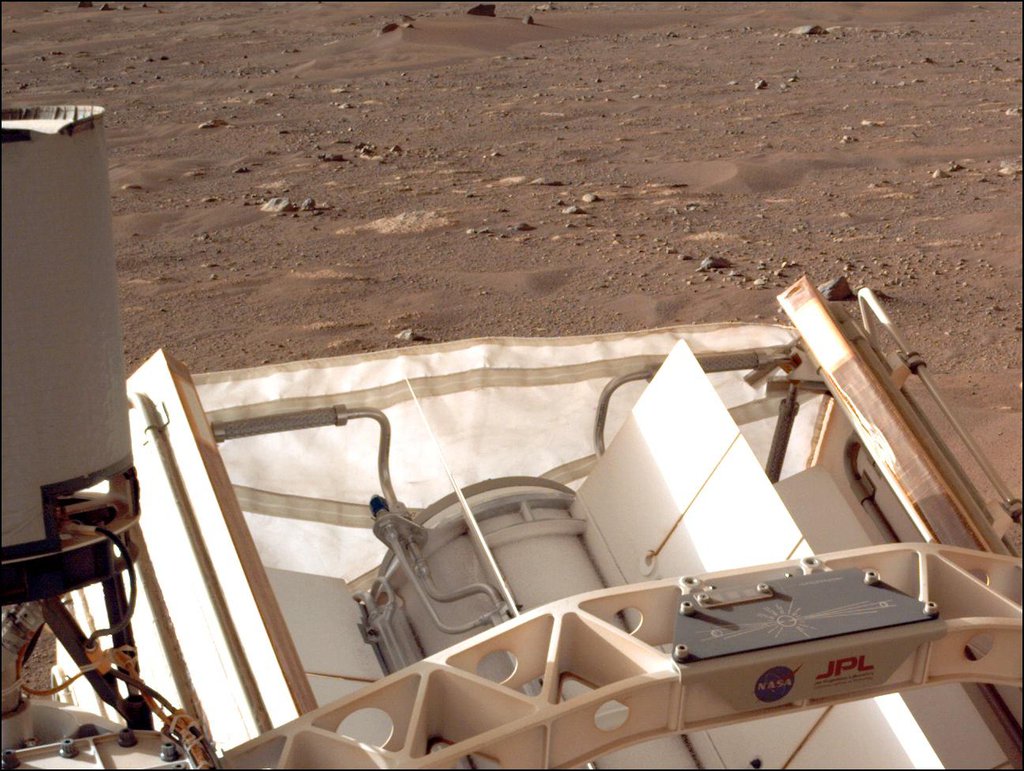 The names were submitted as part of the Send Your Name to Mars campaign. Anyone who missed this opportunity can sign up to send their name on the next Mars mission.

The chips also include winning student contest essays that led to the selection of Perseverance as the rover's name and Ingenuity as the name for the experimental helicopter it carried to Mars. The plate has a laser-etched graphic depicting Mars and Earth connected by the Sun's rays illuminating both, and a hidden Morse code message says "Explore as One." The illustration honors plaques on the Pioneer spacecraft, and the Golden Records carried into space by Voyager 1 and 2.

NASA's Jet Propulsion Laboratory built and manages operations of Perseverance and Ingenuity for the agency. Caltech in Pasadena, California, manages JPL for NASA. A key objective for Perseverance's mission on Mars is astrobiology, including the search for signs of ancient microbial life. The rover will characterize the planet's geology and past climate, pave the way for human exploration of the Red Planet, and be the first mission to collect and cache Martian rock and regolith (broken rock and dust).