Close-Up of Perseverance Descent Stage on the Martian Surface 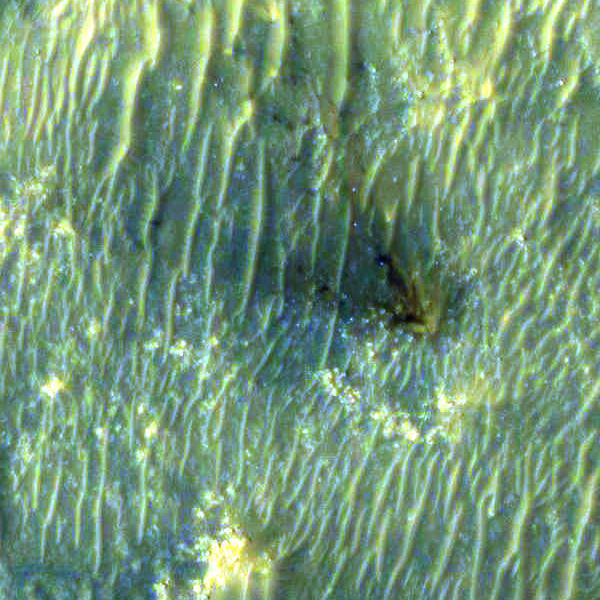 The High Resolution Imaging Experiment (HiRISE) camera aboard NASA's Mars Reconnaissance Orbiter (MRO) was able to capture this image of the final location of the descent stage that helped fly NASA's Perseverance rover down to the surface of Mars. The image was taken on Feb. 19, 2021.

It is a close-up version of a larger image showing several parts of the Mars 2020 mission landing system that got the rover safely on the ground, PIA24333.

These close-ups of Mars 2020 hardware were processed to make them easier to see. The insets showing the descent stage and parachute have had color added and include data from the infrared band of light.