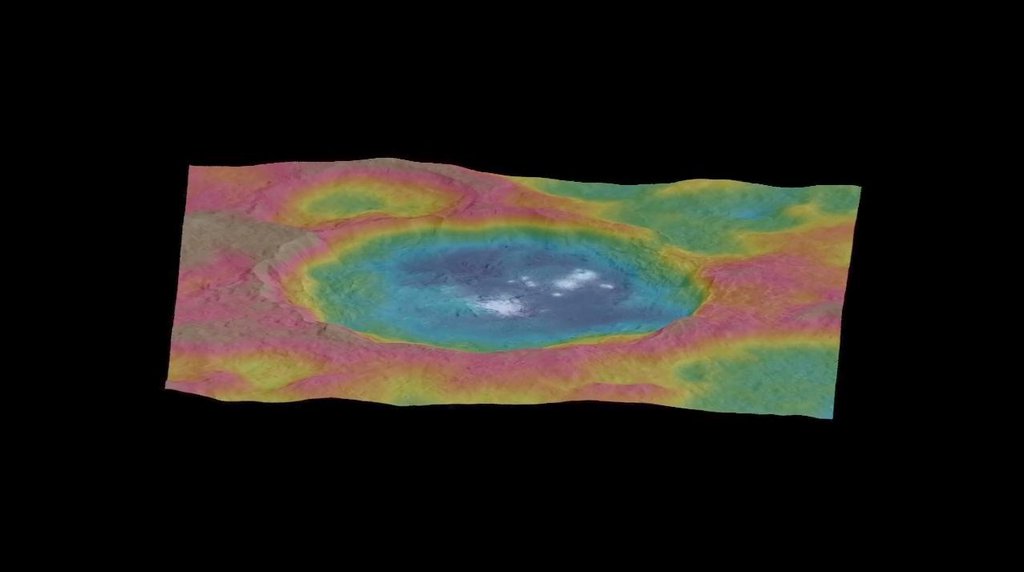 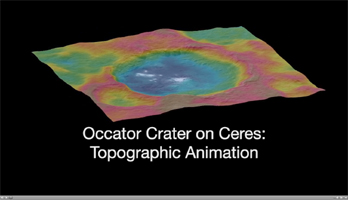 This animation, made using images taken by NASA's Dawn spacecraft, features a color-coded topographic map of Occator crater on Ceres.

Elevations span a range of about 4 miles (6 kilometers) from the lowest places in Occator to the highest terrains surrounding the crater. Blue is the lowest elevation, and brown is the highest.

The animation was generated using two components: images of the surface taken during Dawn's High Altitude Mapping Orbit (HAMO) phase, where it viewed the surface at a resolution of about 450 feet (140 meters) per pixel, and a shape model generated using images taken at varying sun and viewing angles during Dawn's lower-resolution Survey phase. The shape model, which has been stretched by 1.5 times in the vertical direction to better illustrate the crater's topography.