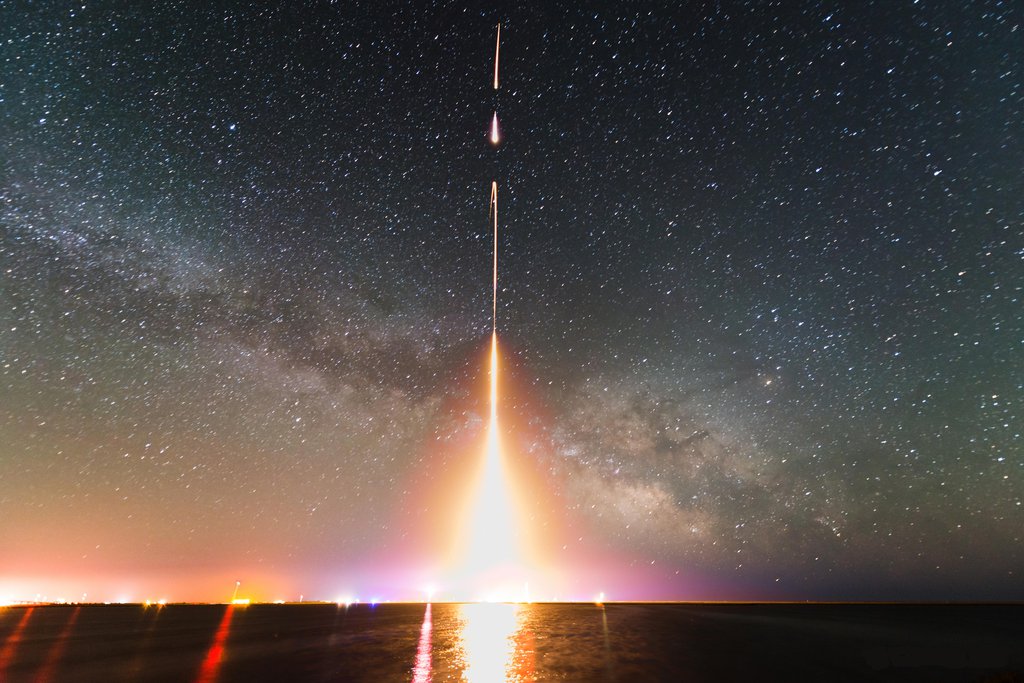 A time-lapse photograph of the CIBER rocket launch, taken from NASA's Wallops Flight Facility in Virginia in 2013. This was the last of four launches of the Cosmic Infrared Background Experiment (CIBER). Sub-orbital rockets are smaller than those that boost satellites to orbit, and are ideal for making quick astronomy observations above Earth's atmosphere. This photo shows a time-lapse capture of the first three stages of the Black Brant XII class rocket at the time of launch.