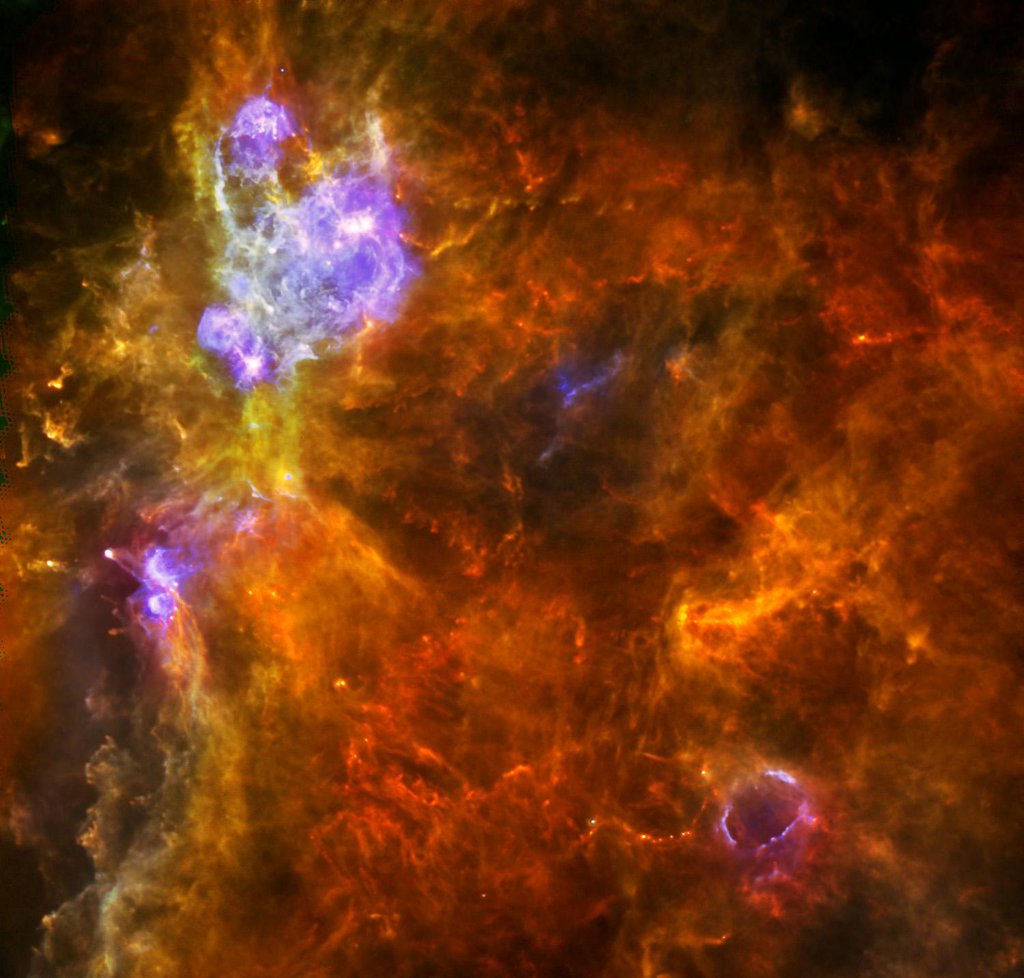 W3 is an enormous stellar nursery about 6,200 light-years away in the Perseus Arm, one of the Milky Way galaxy's main spiral arms, which hosts both low- and high-mass star formation. In this image from the Herschel space observatory, the low-mass forming stars are seen as tiny yellow dots embedded in cool red filaments, while the highest-mass stars -- with greater than eight times the mass of our sun -- emit intense radiation, heating up the gas and dust around them and appearing here in blue.