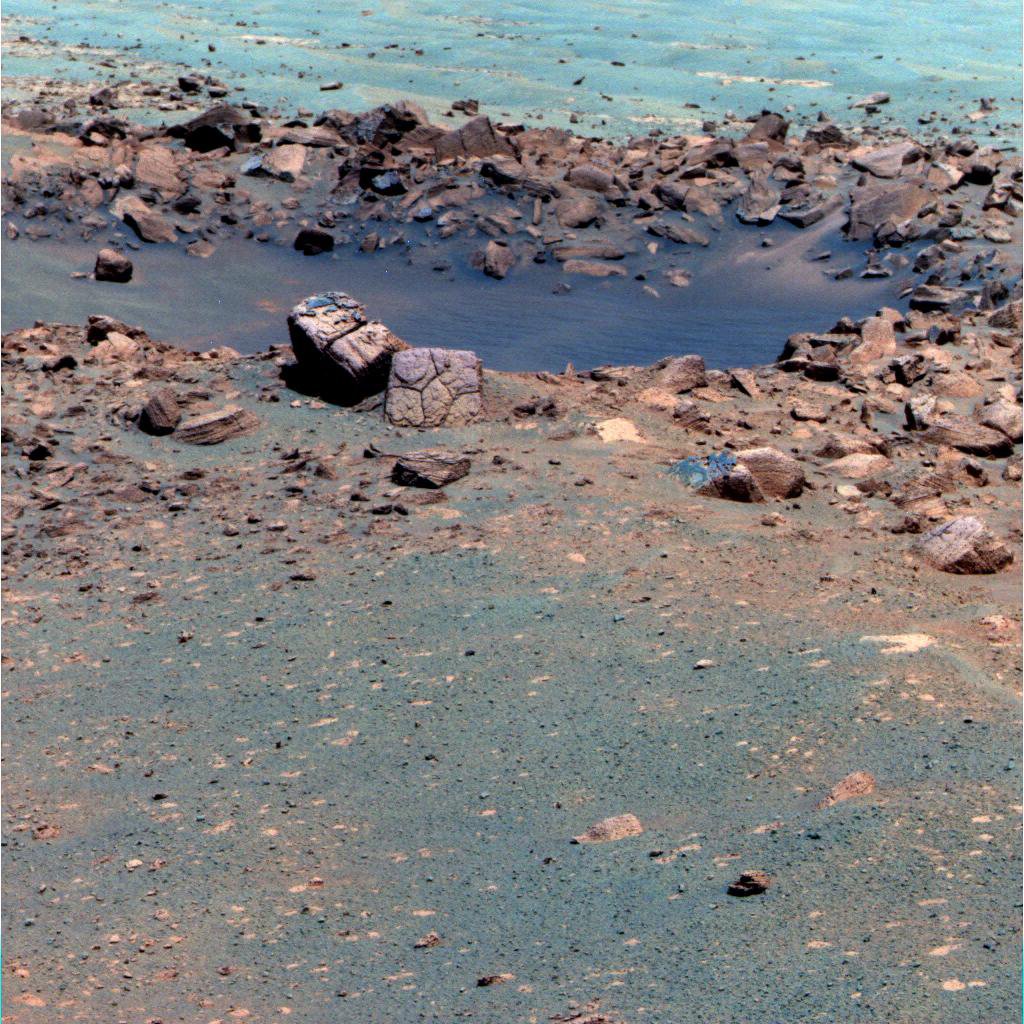 This false-color image shows the rock "Chocolate Hills," perched on the rim of the 10-meter (33-foot) wide "Concepcion" crater.

This rock has a thick, dark-colored coating that is interesting to scientists because many of the rocks in the surrounding area have the same mysterious dark stuff. The coating could be remnants of a layer that was changed by the action of water and weather or, it could be a layer of rock that melted when a meteor (less than a foot across) impacted Mars, ejecting this rock and others and creating the crater "Concepcion." Knowing its origins will help them understand the history of Mars. Opportunity's mission is to figure out the "ingredients" of this morsel by studying the chemicals in it. Patches of unusual dark material can be seen on top of this rock and on several others in the scene.

The false-color enhancement increases the contrast between different rock and soil types on the Martian surface.