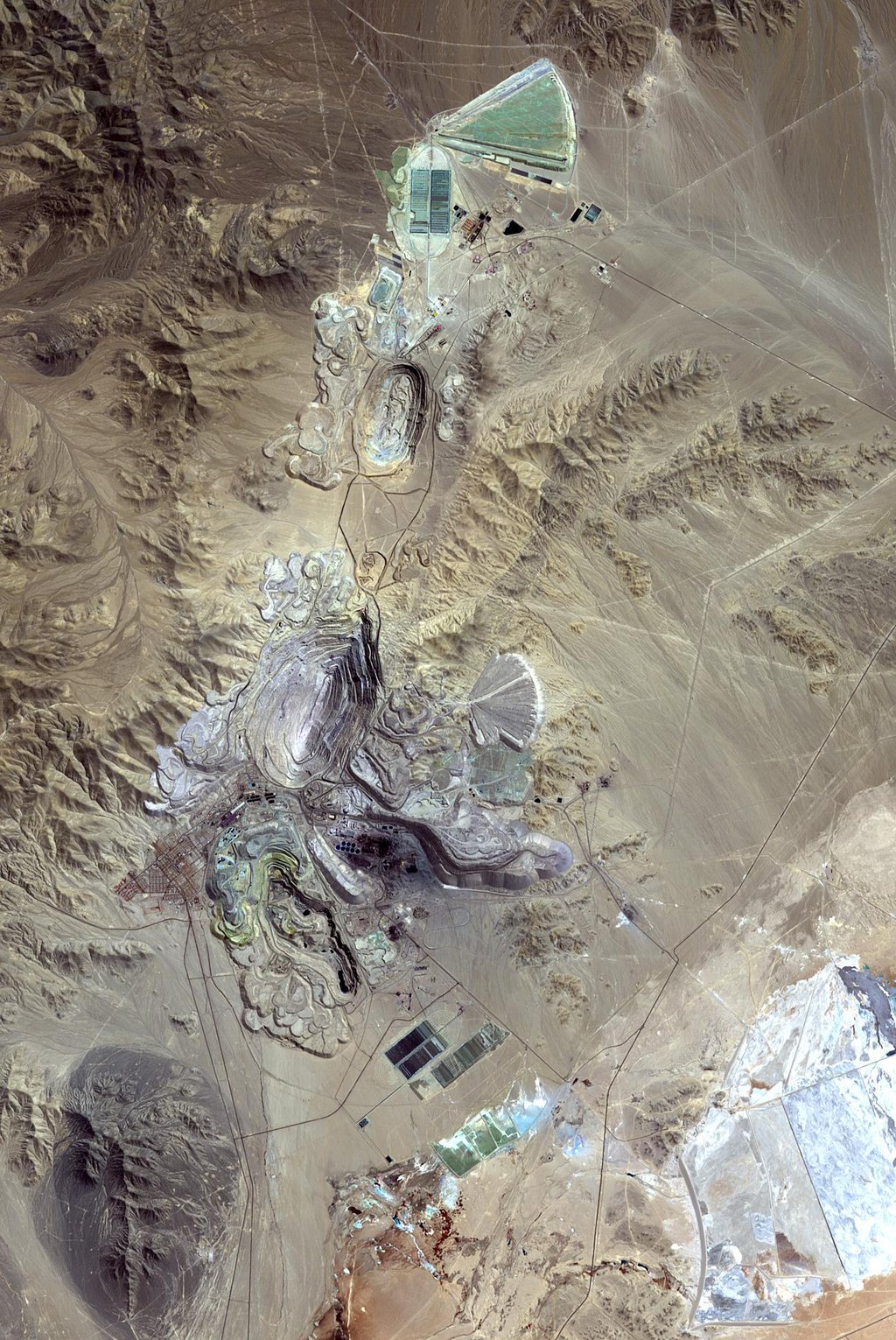 Chuquicamata, in Chile's Atacama Desert, is the largest open pit copper mine in the world, by excavated volume. The copper deposits were first exploited in pre-Hispanic times. Open pit mining began in the early 20th century when a method was developed to work low grade oxidized copper ores. The image was acquired September 2, 2007, covers an area of 19.5 by 29.3 km, and is located at 22.1 degrees south, 68.9 degrees west.