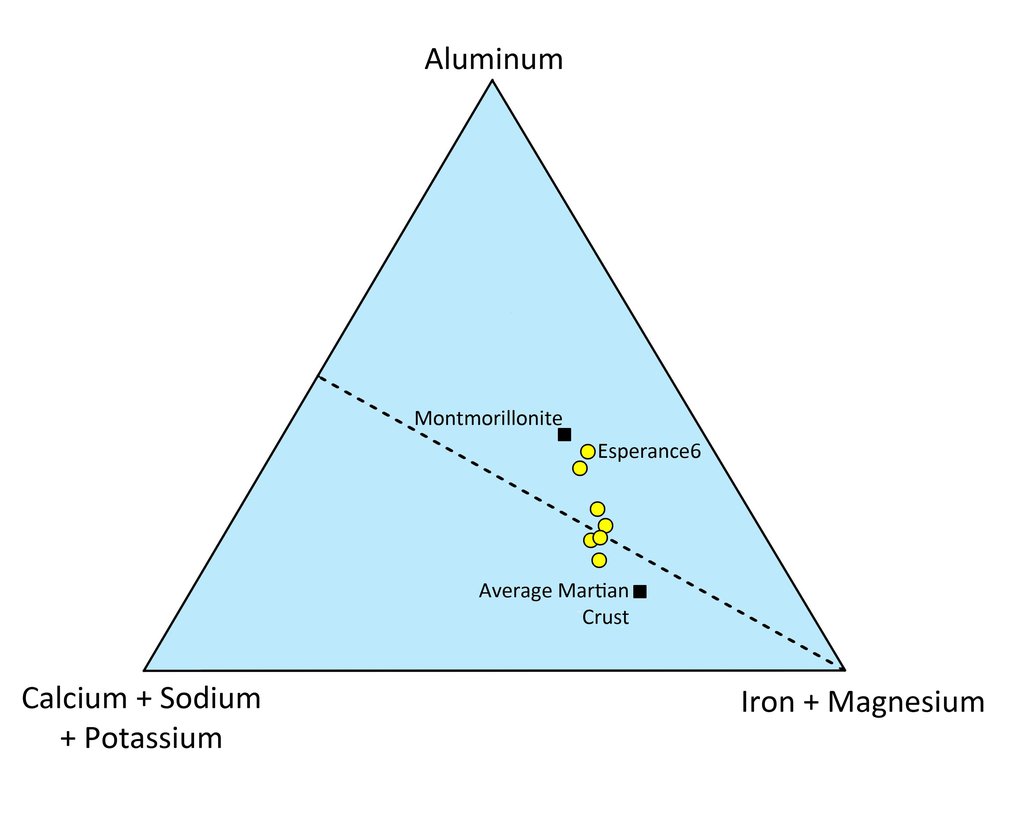 This triangle plot shows the relative concentrations of some of the major chemical elements in the Martian rock "Esperance." Some elements are summed together. For example, a rock containing calcium, sodium and/or potassium, but no aluminum and no iron or magnesium, would plot in the lower left corner of this diagram. Silicate minerals that plot below the dashed line tend to be igneous, while ones that plot above it are typically dominated by clays.

The compositions of average Martian crust and of montmorillonite, a common clay mineral, are shown. Also shown, in yellow, are measurements made on Esperance. Some Esperance measurement locations were contaminated with soil or other materials, and so they plot close to average Martian crust. The target location "Esperance6", however, was abraded with Opportunity's rock abrasion tool (RAT) and was relatively uncontaminated. Esperance6 plots close to montmorillonite, providing strong evidence for the presence of clay minerals.