Changes in the Plasma Environment in Three Directions 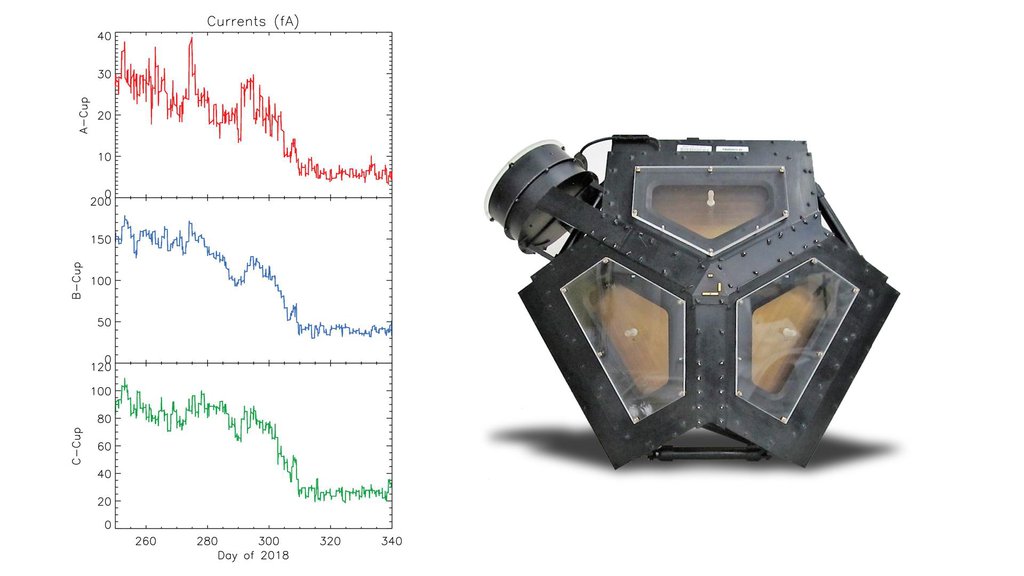 The set of graphs on the left illustrates the drop in electrical current detected in three directions by Voyager 2's plasma science experiment (PLS) to background levels. They are among the key pieces of data that Voyager scientists used to determine that Voyager 2 entered interstellar space, the space between stars, in November 2018. The disappearance in electrical current in the sunward-looking detectors indicates the spacecraft is no longer in the outward flow of solar wind plasma. It is instead in a new plasma environment -- interstellar medium plasma.

The image on the right shows the Faraday cups of the PLS. The three sunward pointed cups point in slightly different directions in order to measure the direction of the solar wind. The fourth cup (on the upper left) points perpendicular to the others.