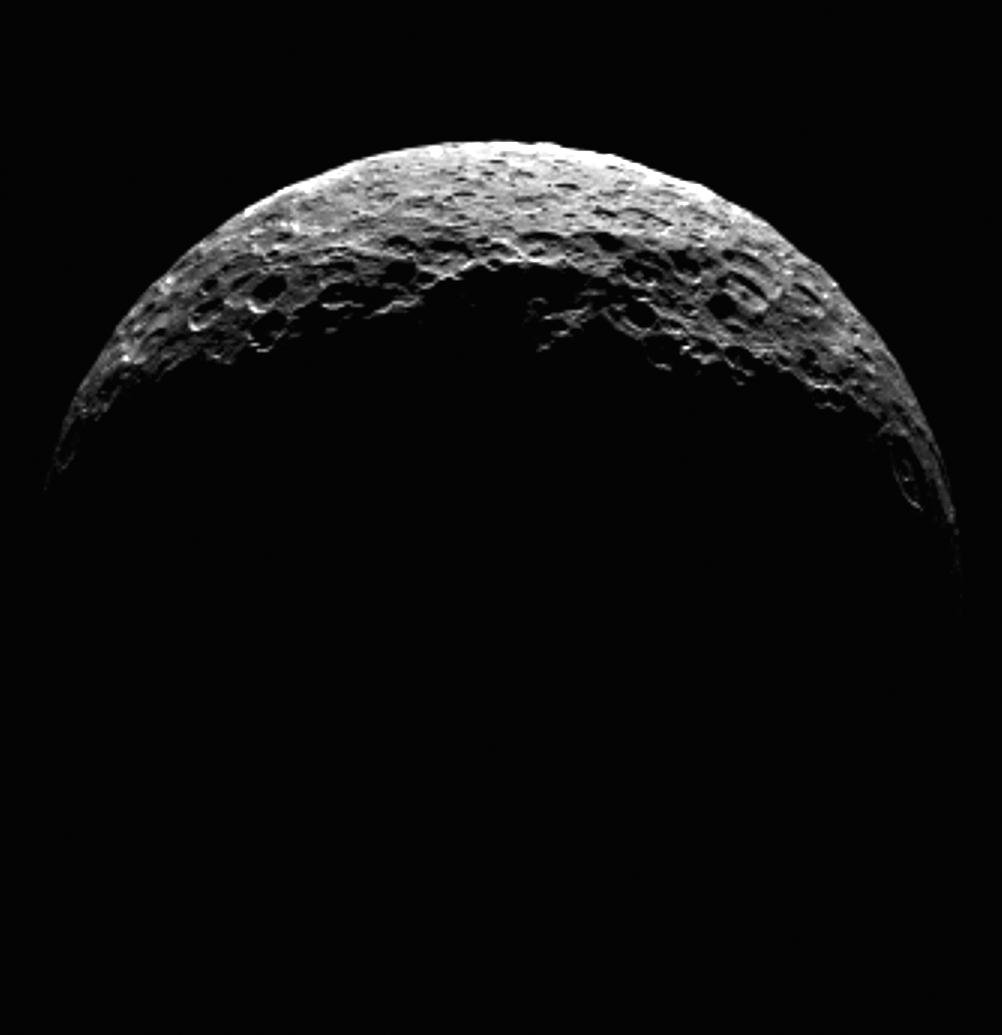 This animation shows the north pole of dwarf planet Ceres as seen by the Dawn spacecraft on April 10, 2015. Dawn was at a distance of 21,000 miles (33,000 kilometers) when its framing camera took these images. The spacecraft was maneuvering toward its first science orbit, which it will enter on April 23.

A processed still image is also available, showing Ceres as a crescent.