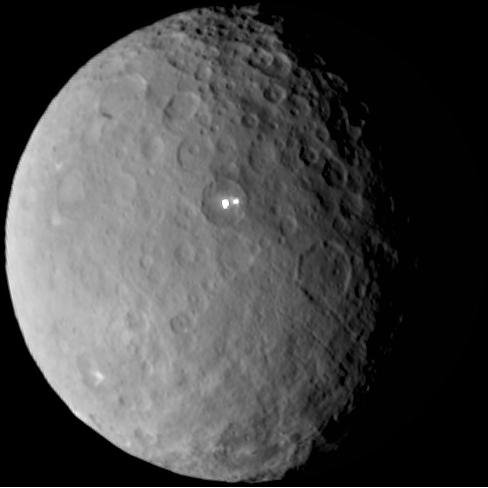 Ceres rotates in this sped-up movie comprised of images taken by NASA's Dawn mission during its approach to the dwarf planet. The images were taken on Feb. 19, 2015, from a distance of nearly 29,000 miles (46,000 kilometers). Dawn observed Ceres for a full rotation of the dwarf planet, which lasts about nine hours. The original images in this sequence have a resolution of 2.5 miles (4 kilometers) per pixel; here, the images have been magnified by a factor of two. This animation does not show a complete rotation, but instead shows six hours and 45 minutes of the nine-hour rotation.