Ceres at Dawn - Take One 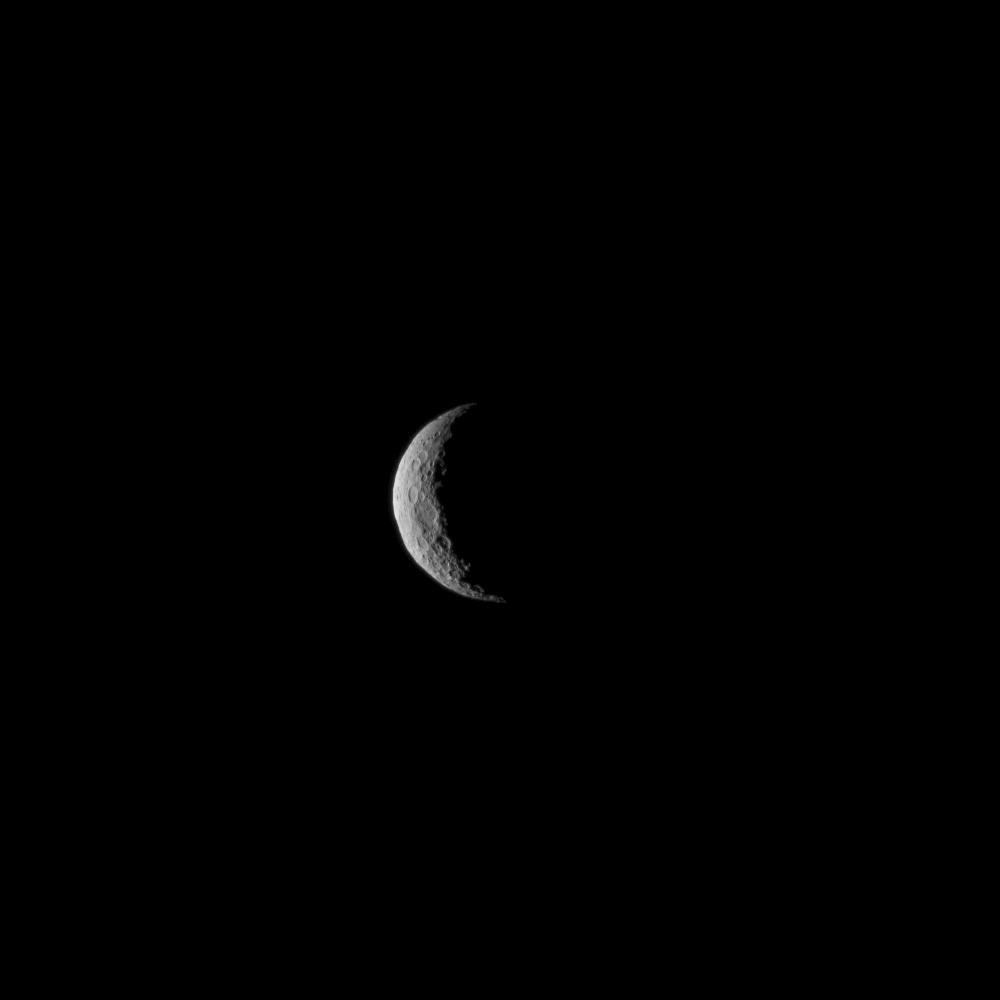 The slim crescent of Ceres smiles back as the dwarf planet awaits the arrival of an emissary from Earth. This image was taken by NASA's Dawn spacecraft on March 1, 2015, just a few days before the mission achieved orbit around the previously unexplored world.

Following the image sequence in which this view was acquired, the Dawn spacecraft slipped over to the dark side -- that is, the far side of Ceres with respect to the sun. The spacecraft is slated to resume imaging of Ceres' surface in mid-April, when it once again views lit terrain on Ceres.

This image was taken as part of the same sequence in which PIA19312 was acquired.

Ceres has an average diameter of about 590 miles (950 kilometers).