Centaurus A All Prettied Up in Infrared and X-Rays 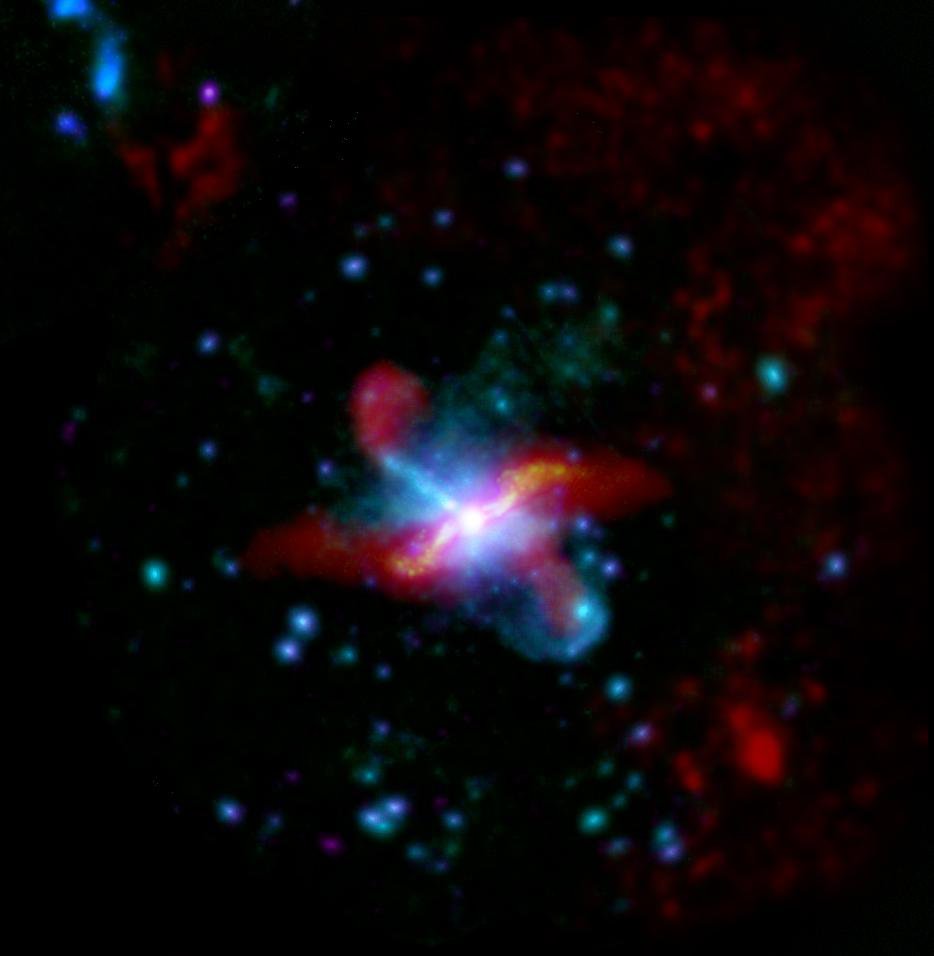 The peculiar galaxy Centaurus A as seen in longer infrared wavelengths and X-rays. Inner structural features seen in this image are helping scientists to understand the mechanisms and interactions within the galaxy, as are the jets seen extending over thousands of light years from the black hole believed to be at its heart. Newly discovered clouds co-aligned with the jets can also be seen in the infrared data, which are colored red and orange. The X-ray image data in this combined picture are shown in blue/cyan/purple and highlight the highly energetic jet region as well as structures that co-align with the infrared and X-ray jet (top left).