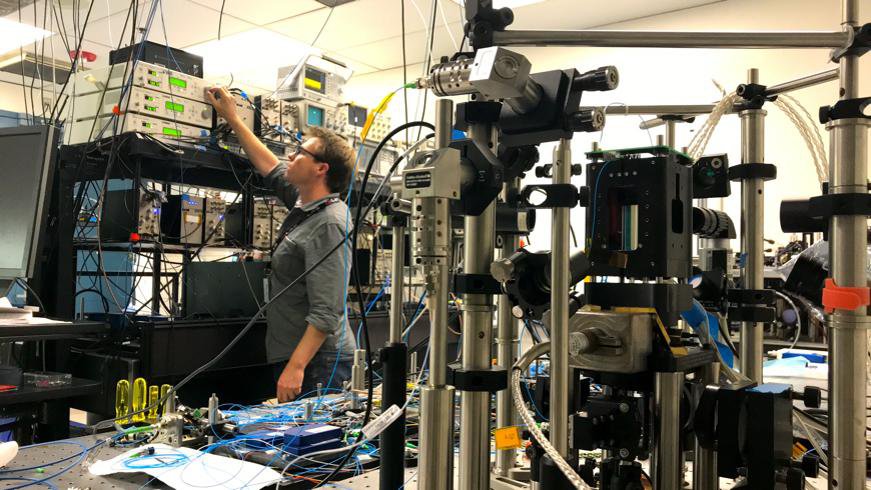 Cold Atom Laboratory (CAL) physicist David Aveline works in the CAL test bed, which is a replica of the CAL facility that stays on Earth. Scientists use the test bed to run tests and understand what is happening inside CAL while it is operating on the International Space Station.