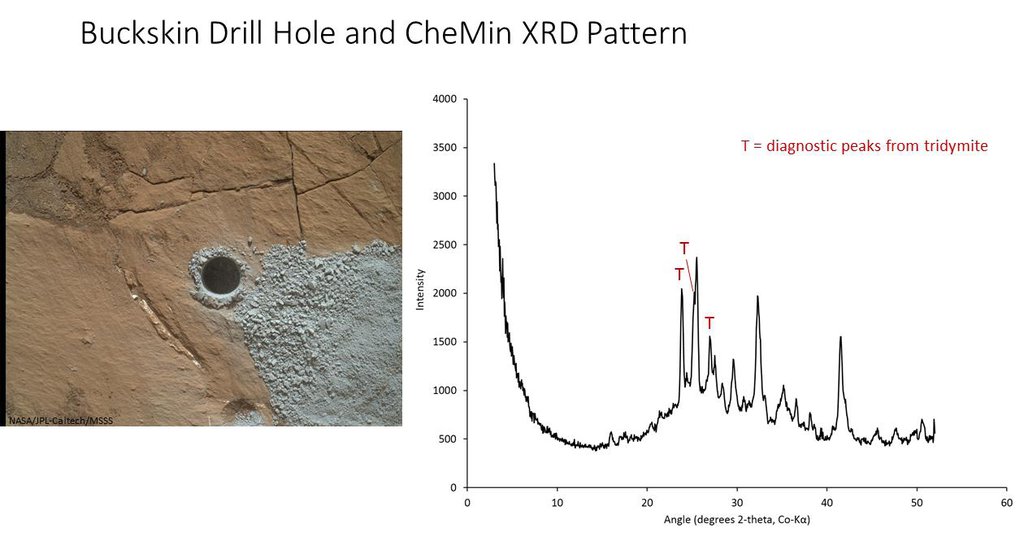 The graph at right presents information from the NASA Curiosity Mars rover's onboard analysis of rock powder drilled from the "Buckskin" target location, shown at left.

X-ray diffraction analysis of the Buckskin sample inside the rover's Chemistry and Mineralogy (CheMin) instrument revealed the presence of a silica-containing mineral named tridymite. This is the first detection of tridymite on Mars. Peaks in the X-ray diffraction pattern are from minerals in the sample, and every mineral has a diagnostic set of peaks that allows identification.

The image of Buckskin at left was taken by the rover's Mars Hand Lens Imager (MAHLI) camera on July 30, 2015, and is also available at PIA19804.