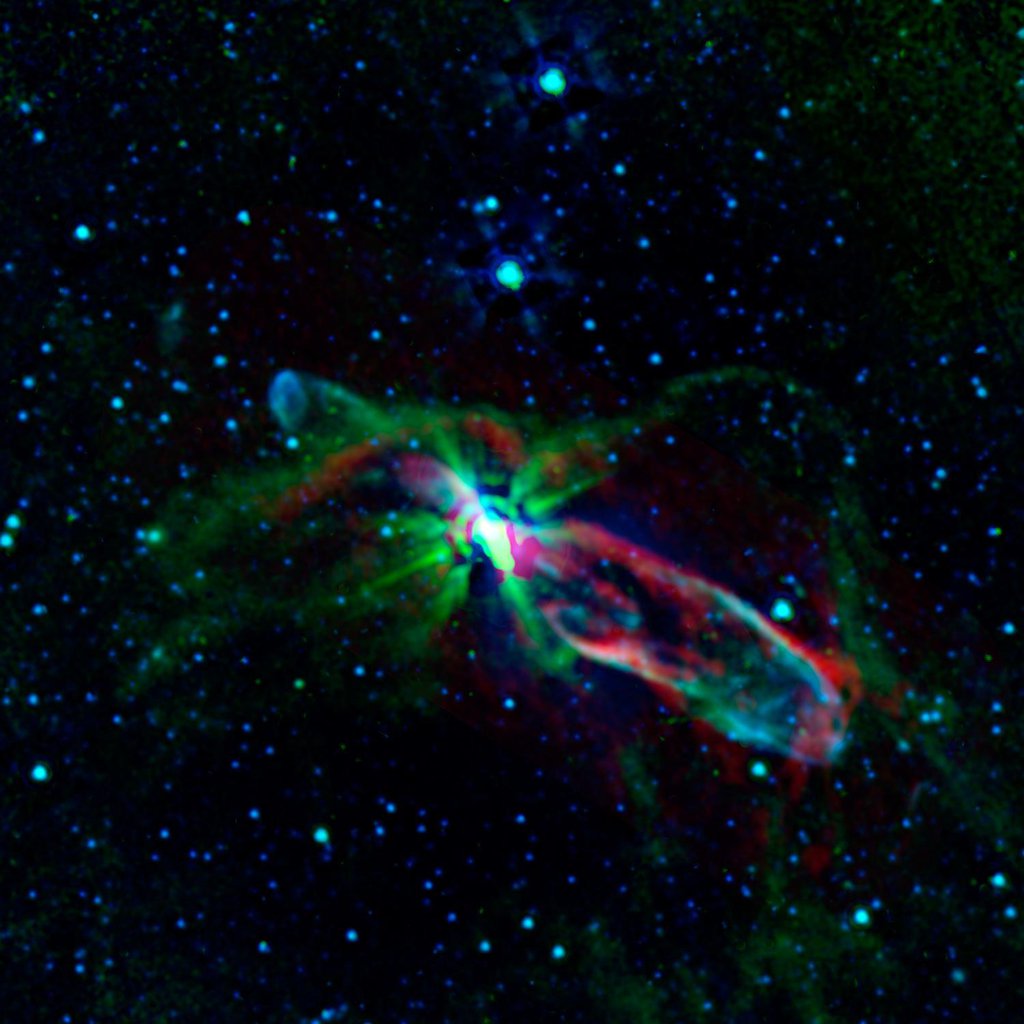 Combined observations from NASA's Spitzer Space Telescope and the newly completed Atacama Large Millimeter/submillimeter Array (ALMA) in Chile have revealed the throes of stellar birth, as never before, in the well-studied object known as HH 46/47.

Herbig-Haro (HH) objects form when jets shot out by newborn stars collide with surrounding material, producing small, bright, nebulous regions. To our eyes, the dynamics within many HH objects are obscured by enveloping gas and dust. But the infrared and submillimeter light seen by Spitzer and ALMA, respectively, pierces the dark cosmic cloud around HH 46/47 to let us in on the action. (Infrared light has longer wavelengths than what we see with our eyes, and submillimeter light has even longer wavelengths.)

In this image, the shorter-wavelength light appears blue and longer-wavelength light, red. Blue shows gas energized by the outflowing jets. The green colors trace a combination of hydrogen gas molecules and dust that follows the boundary of the gas cloud cocooning the young star. The reddish-colored areas, created by excited carbon monoxide gas, reveal that the gas in the two lobes blown out by the star's jets is expanding faster than previously thought. This faster expansion has an influence on the overall amount of turbulence in the gaseous cloud that originally spawned the star. In turn, the extra turbulence could have an impact on whether and how other stars might form in this gaseous, dusty, and thus fertile, ground for star-making.