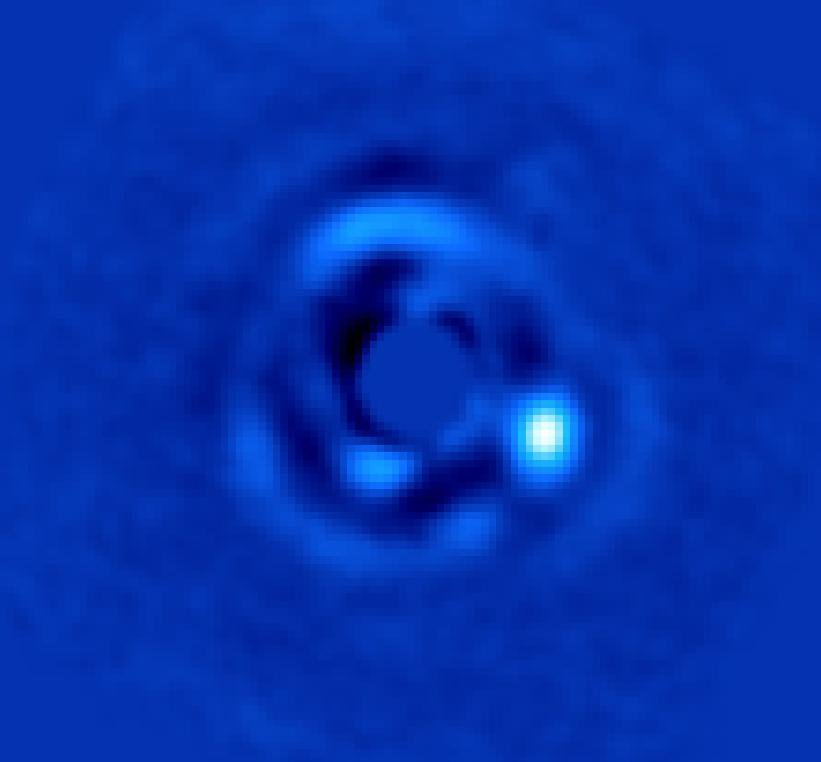 This image shows brown dwarf HIP 79124 B, located 23 times as far from its host star as Earth is from the sun. The vortex coronagraph, an instrument at the W.M. Keck Observatory, was used to suppress light from the much brighter host star, allowing its dim companion to be imaged for the first time.