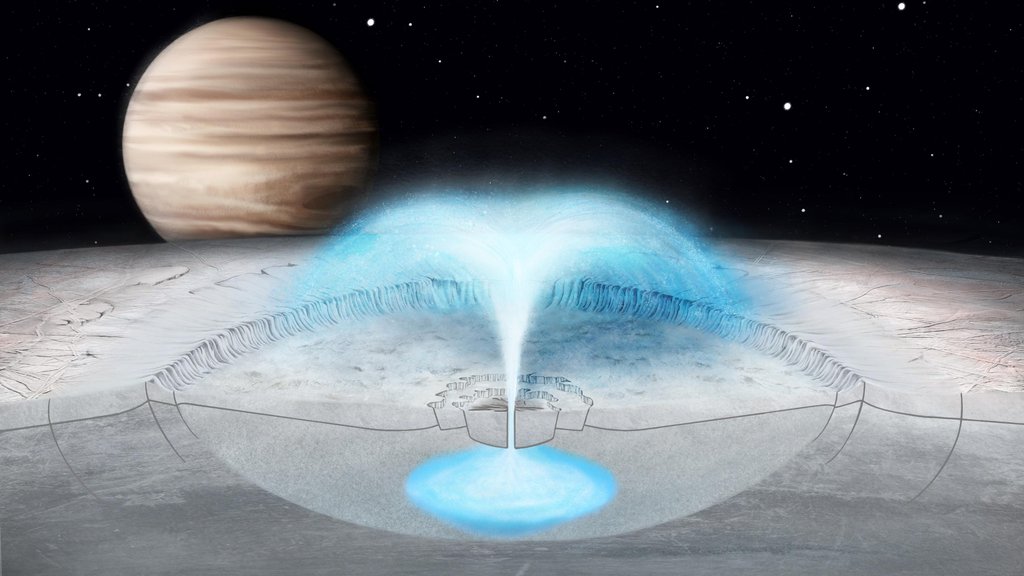 Scientists have theorized on the origin of water plumes that are possibly erupting from Jupiter's moon Europa. This illustration depicts a scenario modeled in new research that proposes some plumes could come from an eruption of brine, or salt-enriched water, from a pocket of water within the moon's crust. If Europa is venting plumes of liquid, they could possibly be observed by NASA's upcoming Europa Clipper mission, set to launch in the mid-2020's.

The research on eruptions of briny water from Europa's crust used images collected by NASA's Galileo spacecraft. The model shows how a combination of freezing and pressurization could lead to a cryovolcanic eruption, or a burst of frigid water, like the one illustrated here. The model could also shed light on cryovolcanic eruptions on other icy bodies in the solar system.