Bright Particle in Hole Dug by Scooping of Martian Soil 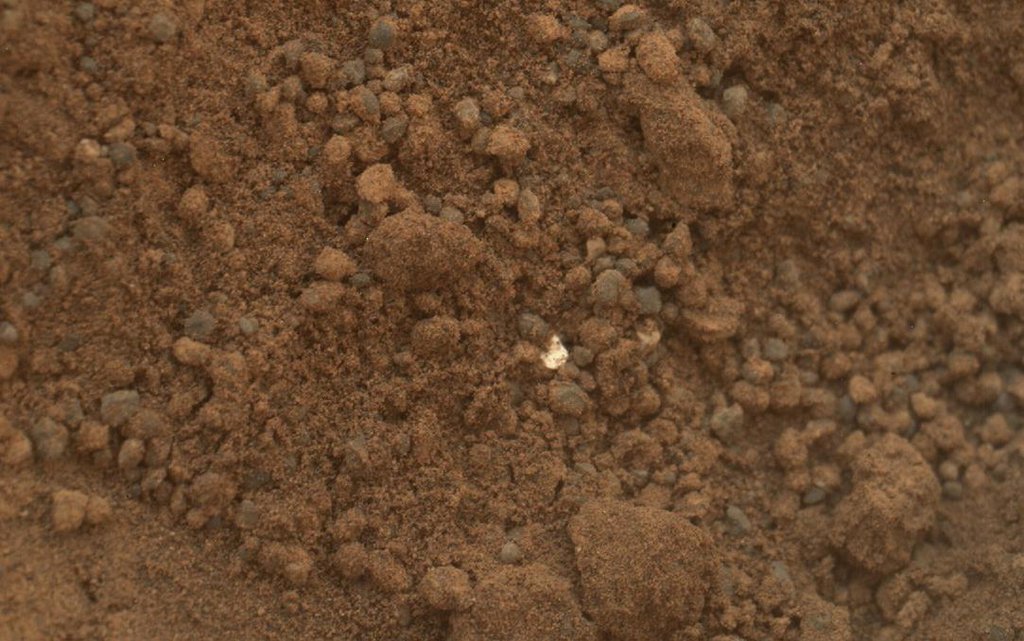 This image shows part of the small pit or bite created when NASA's Mars rover Curiosity collected its second scoop of Martian soil at a sandy patch called "Rocknest." The bright particle near the center of this image, and similar ones elsewhere in the pit, prompted concern because a small, light-toned shred of debris from the spacecraft had been observed previously nearby (PIA16230). However, the mission's science team assessed the bright particles in this scooped pit to be native Martian material rather than spacecraft debris.

This image was taken by the Mars Hand Lens Imager (MAHLI) camera on Curiosity's arm during the 69th Martian day, or sol, of the mission (Oct. 15, 2012), about a week after the scoop dug this hole. The view here covers an area of ground about 1.6 inches (4 centimeters) across.