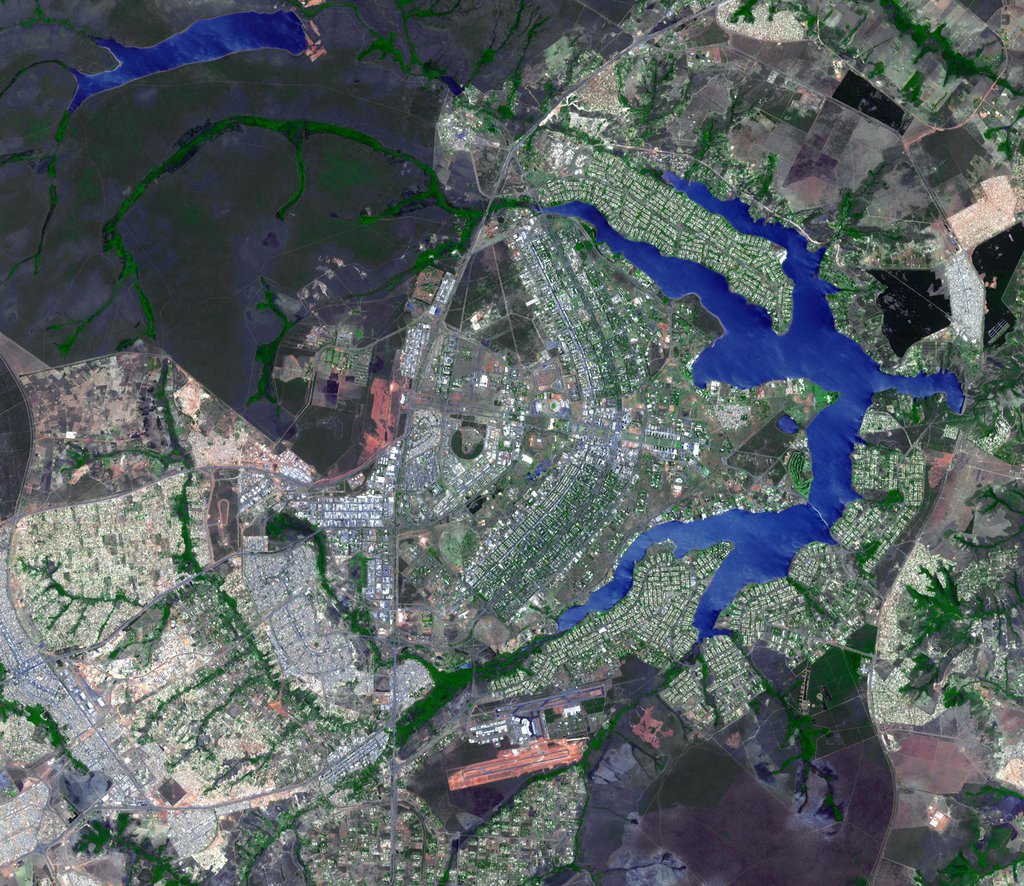 Brasilia is the capital of Brazil, with a population of about 3.6 million for its metropolitan area. The city was planned and developed in 1956, residential buildings located around expansive urban areas, and specific areas for almost everything, including hotel sectors. When seen from above, the main planned part of the city's shape resembles an airplane or butterfly. The image was acquired October 19, 2005, covers an area of 31 x 25.8 km, and is located at 15.7 degrees south latitude, 47.8 degrees west longitude.