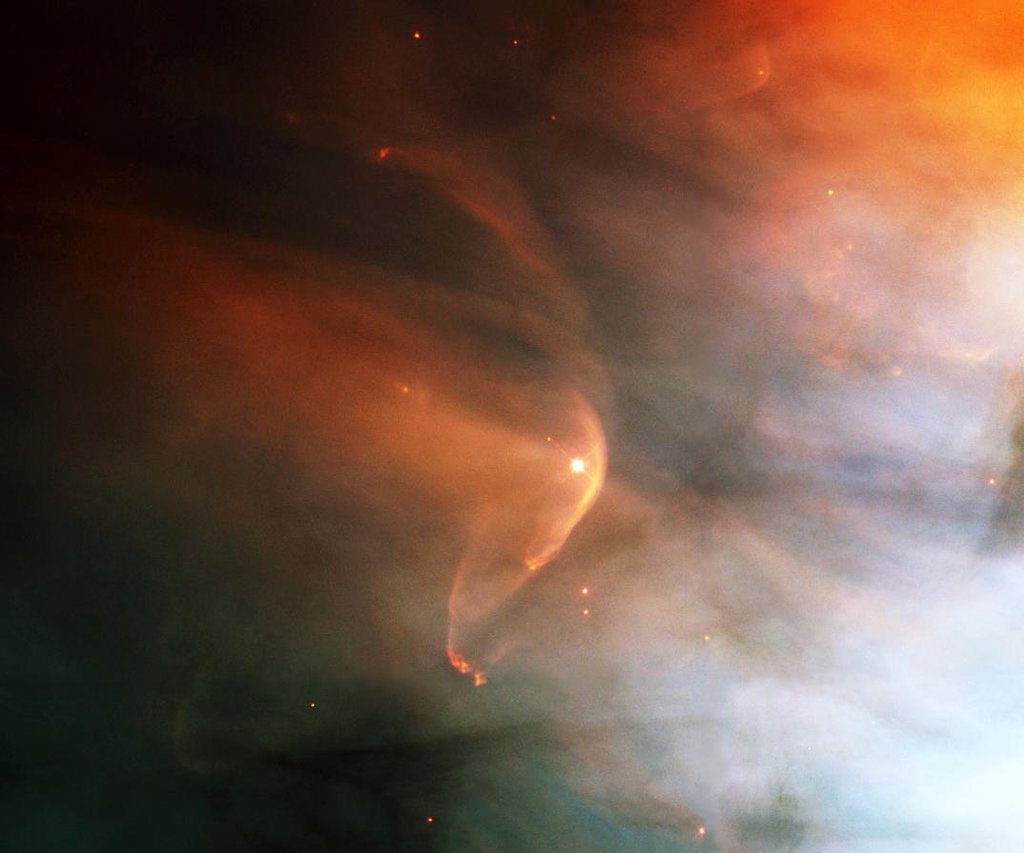 This image, taken by the Hubble Space Telescope, shows a bow shock around a very young star, LL Ori. The bow shock shows where the star's heliosphere collides with the interstellar medium. Our star, the Sun, is also surrounded by a heliosphere.