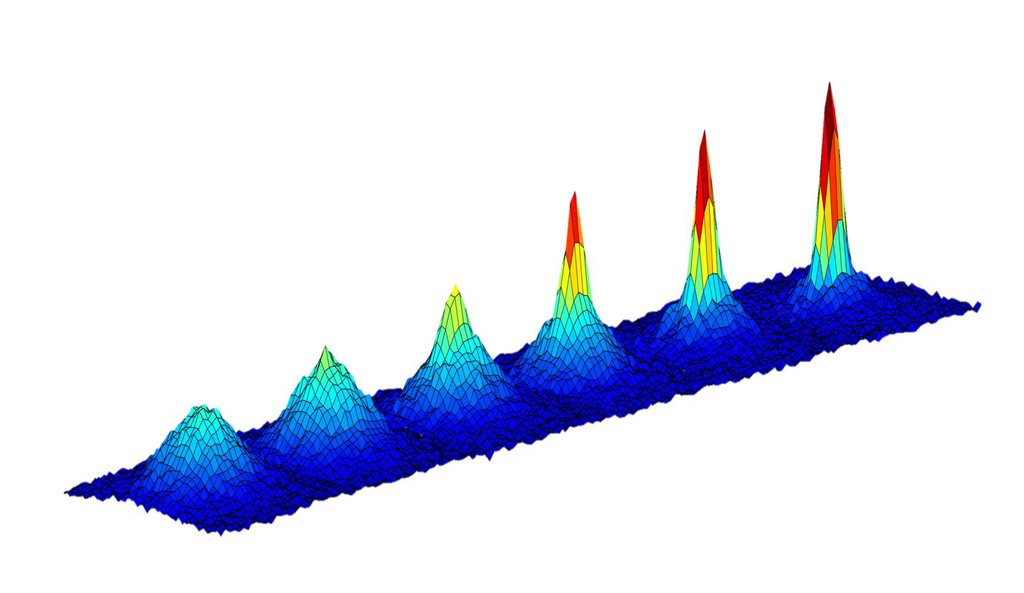 This graph shows the changing density of a cloud of atoms as it is cooled to lower and lower temperatures (going from left to right) approaching absolute zero. The emergence of a sharp peak in the later graphs confirms the formation of a Bose-Einstein condensate -- a fifth state of matter -- occurring here at a temperature of 130 nanoKelvin, or less than 1 Kelvin above absolute zero.