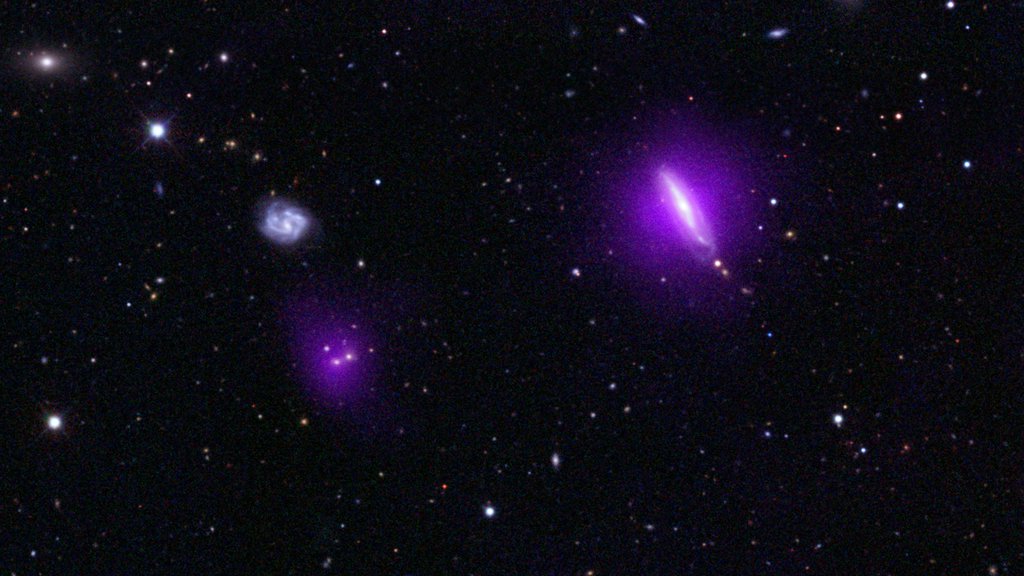 NuSTAR's serendipitous discovery in this field, indicated by the arrow (Figure 1), lies to the left of a galaxy, called IC751, at which the telescope originally intended to look. Both magenta blobs show X-rays from massive black holes buried at the hearts of galaxies.

The optical image is from the Sloan Digital Sky Survey and a color composite of images over three different optical wavebands (the G, R, and I bands). The NuSTAR data shows X-rays in the 3 to 24 keV energy range.