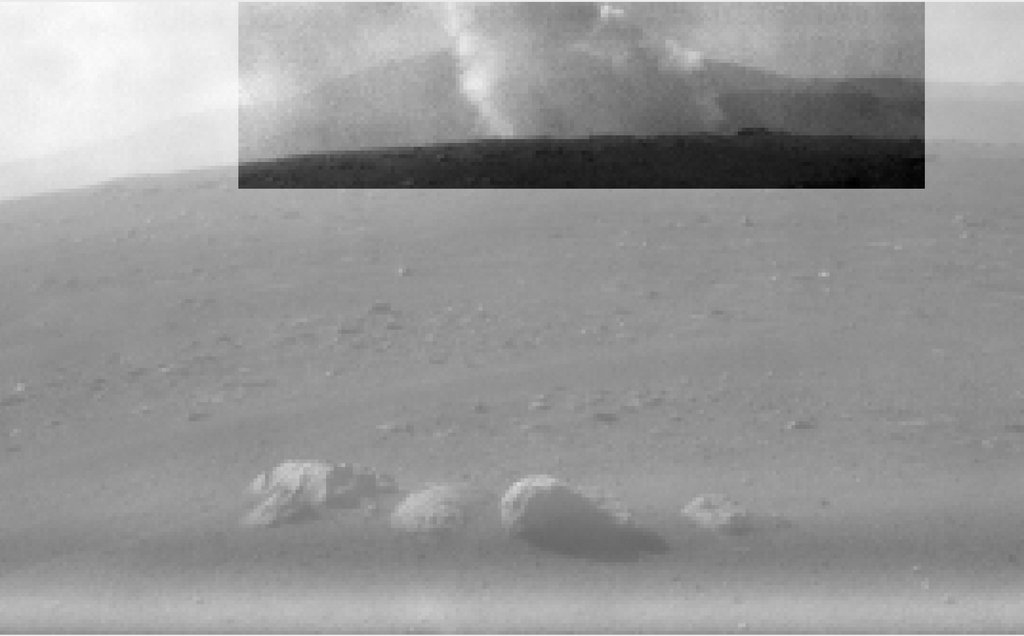 This image from one of the rear Hazard Cameras, or Hazcams, aboard NASA's Perseverance Mars rover, shows a smoke plume from the crashed descent stage that lowered the rover to the Martian surface. This image was taken within a minute or two after the rover landed on February 18, 2021.