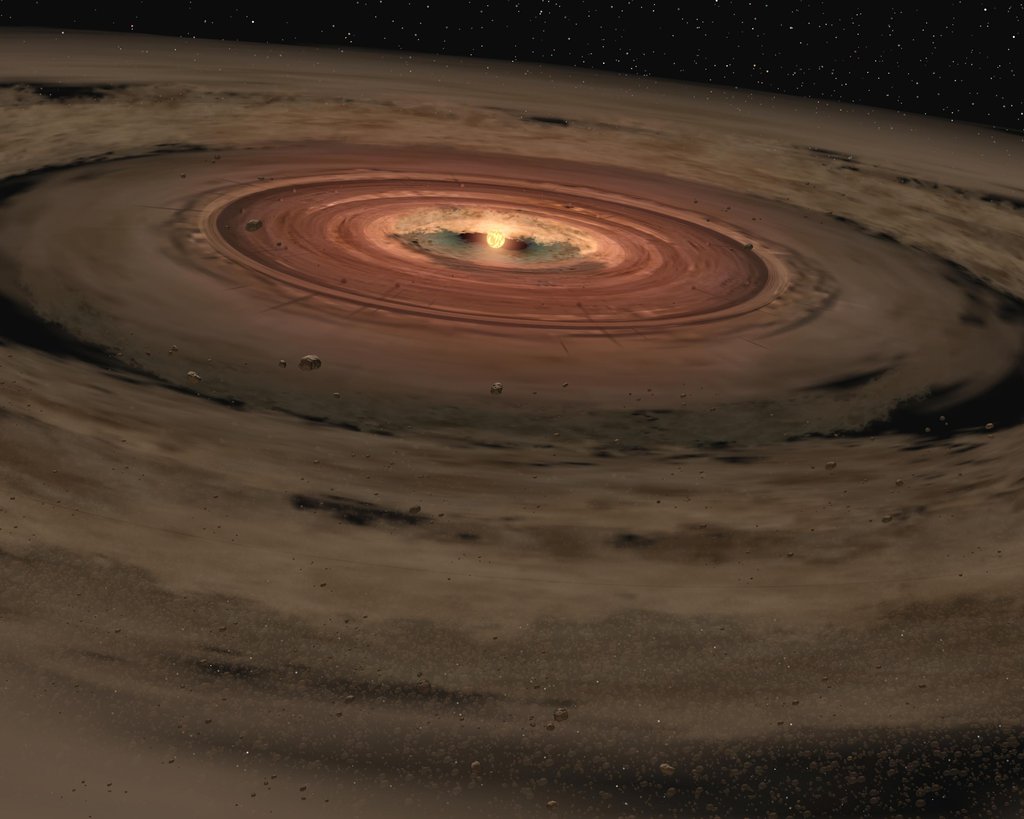 This artist's animation shows a brown dwarf surrounded by a swirling disc of planet-building dust. NASA's Spitzer Space Telescope spotted such a disc around a surprisingly low-mass brown dwarf, or "failed star." The brown dwarf, called OTS 44, is only 15 times the size of Jupiter, making it the smallest brown dwarf known to host a planet-forming, or protoplanetary disc.

Astronomers believe that this unusual system will eventually spawn planets. If so, they speculate that OTS 44's disc has enough mass to make one small gas giant and a few Earth-sized rocky planets.

OTS 44 is about 2 million years old. At this relatively young age, brown dwarfs are warm and appear reddish in color. With age, they grow cooler and darker.