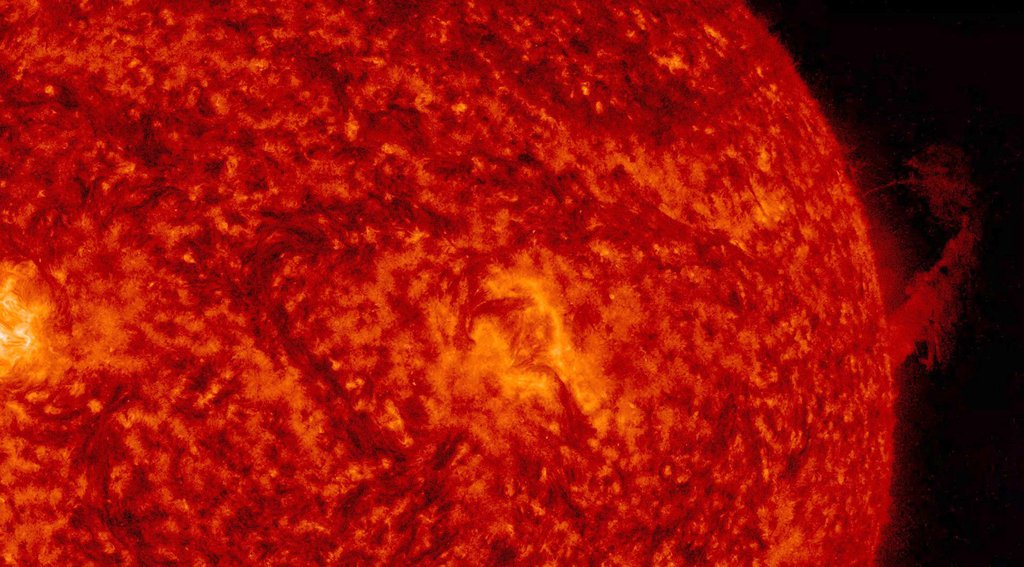 A prominence observed along the right edge of the sun rose up and then most of it bent back down to the surface (Oct. 4, 2016). Prominences are clouds of plasma, usually elongated, that are suspended above the sun by magnetic forces. They are notably unstable. A review of SOHO's coronagraph videos shows that some of the particles did break away into space. The video clip, which covers eight hours of activity, was taken in a wavelength of extreme UV light.