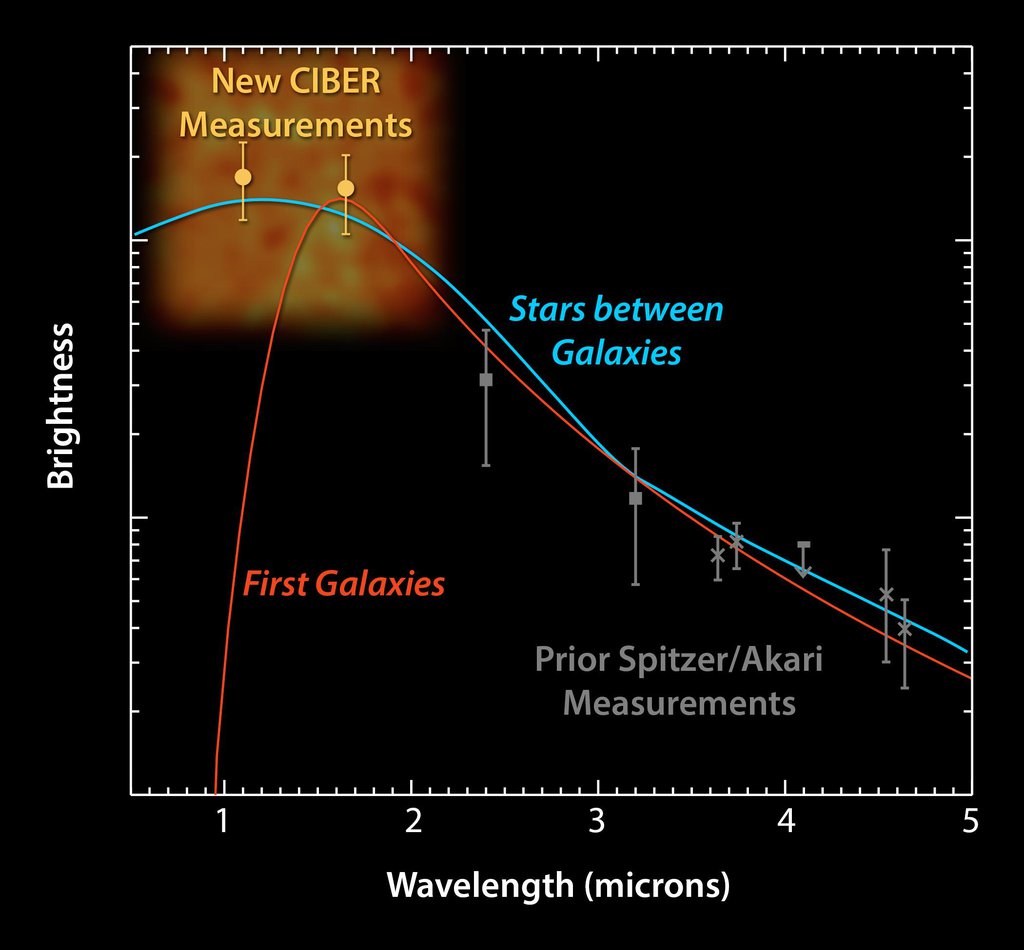 This plot shows data from the Cosmic Infrared Background Experiment, or CIBER, rockets launched in 2010 and 2012. The experiment measures a diffuse glow of infrared light in the sky, known as the cosmic infrared background. CIBER sees shorter wavelengths of infrared light than NASA's Spitzer Space Telescope and Japan's AKARI satellite, which have made similar measurements at longer infrared wavelengths in the past.

The plot reveals that this background infrared light has a "blue" spectrum, which means that it increases in brightness at shorter wavelengths. The brightness of the CIBER signal, and its blue color, were a surprise to astronomers, and indicate that the emission did not come from the first galaxies in our universe, as previously proposed. The first galaxies would have produced a redder spectrum that drops off steeply at the shorter wavelengths, as indicated by the red line. Instead, the CIBER data fit a model that says the background light is best explained by stray stars between galaxies, as shown by the blue line.