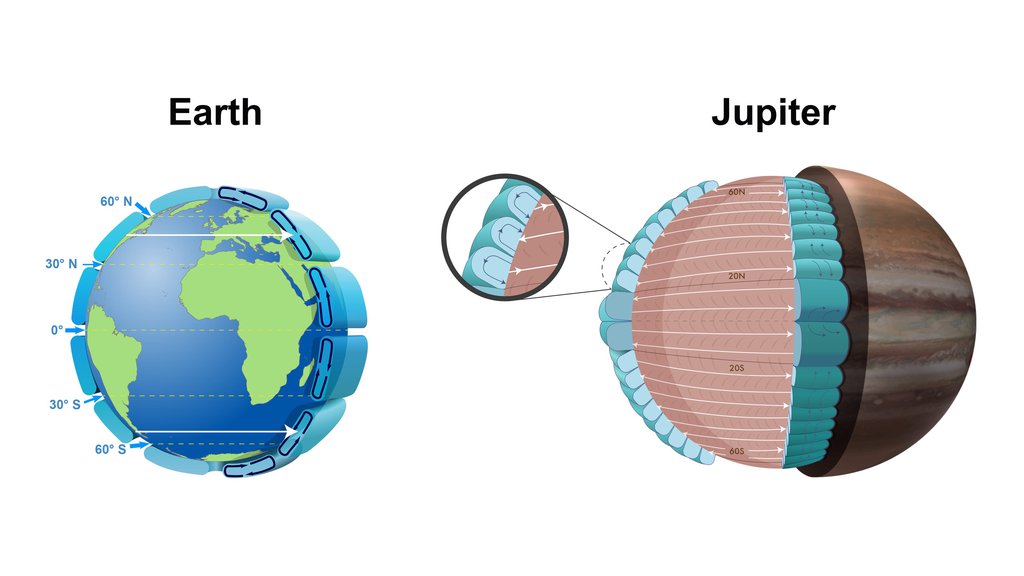 This graphic compares the atmospheric circulations of Earth and Jupiter. Earth contains one Ferrel cell (a mid-latitudinal cell where air flows poleward and eastward at the surface, and equatorward and westward at higher altitudes). On Jupiter, the circulation cells are depicted in aqua, and underlying jets streams in the pink region. The jet streams are characteristic for all depths associated with the cells.

Jupiter has eight Ferrel-like cells in the north and eight in the south, due to its large size and fast rotation. Each of these cells on Jupiter is at least 30 times larger than the equivalent cell on Earth. The main difference between the Jovian and terrestrial cells is that on Earth, the cell ends at the surface, while on gaseous Jupiter, it penetrates into the deeper layers of the atmosphere. Due to measuring limitations, it has yet to be determined how deep these cells extend.