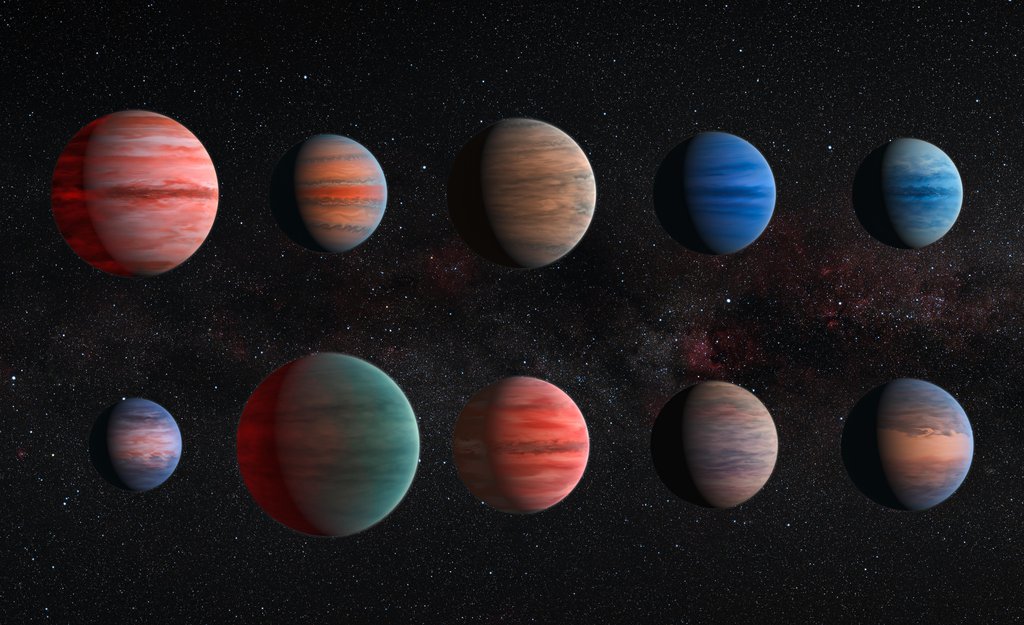 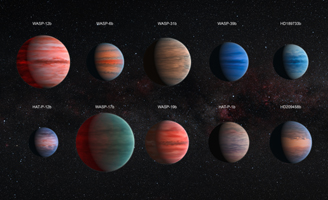 The colors of the planets are for illustration purposes only. There is little scientific data on color with the exception of HD 189733b, which became known as the "blue planet." The planets are also depicted with a variety of different cloud properties. The wind patterns shown on these 10 planets, which resemble the visible structures on Jupiter, are based on theoretical models.

The illustrations are to scale with each other. HAT-P-12b, the smallest of these planets, is approximately the size of Jupiter, while WASP-17b, the largest one in the sample, is almost twice the size.

The hottest planets within the sample are portrayed with a glowing night side. This effect is strongest on WASP-12b, the hottest exoplanet in the sample, but also visible on WASP-19b and WASP-17b. It is also known that several of the planets exhibit strong Rayleigh scattering. This effect causes the blue hue of the daytime sky and the reddening of the sun at sunset on Earth. It is also visible as a blue edge on the planets WASP-6b, HD 189733b, HAT-P-12b and HD 209458b.