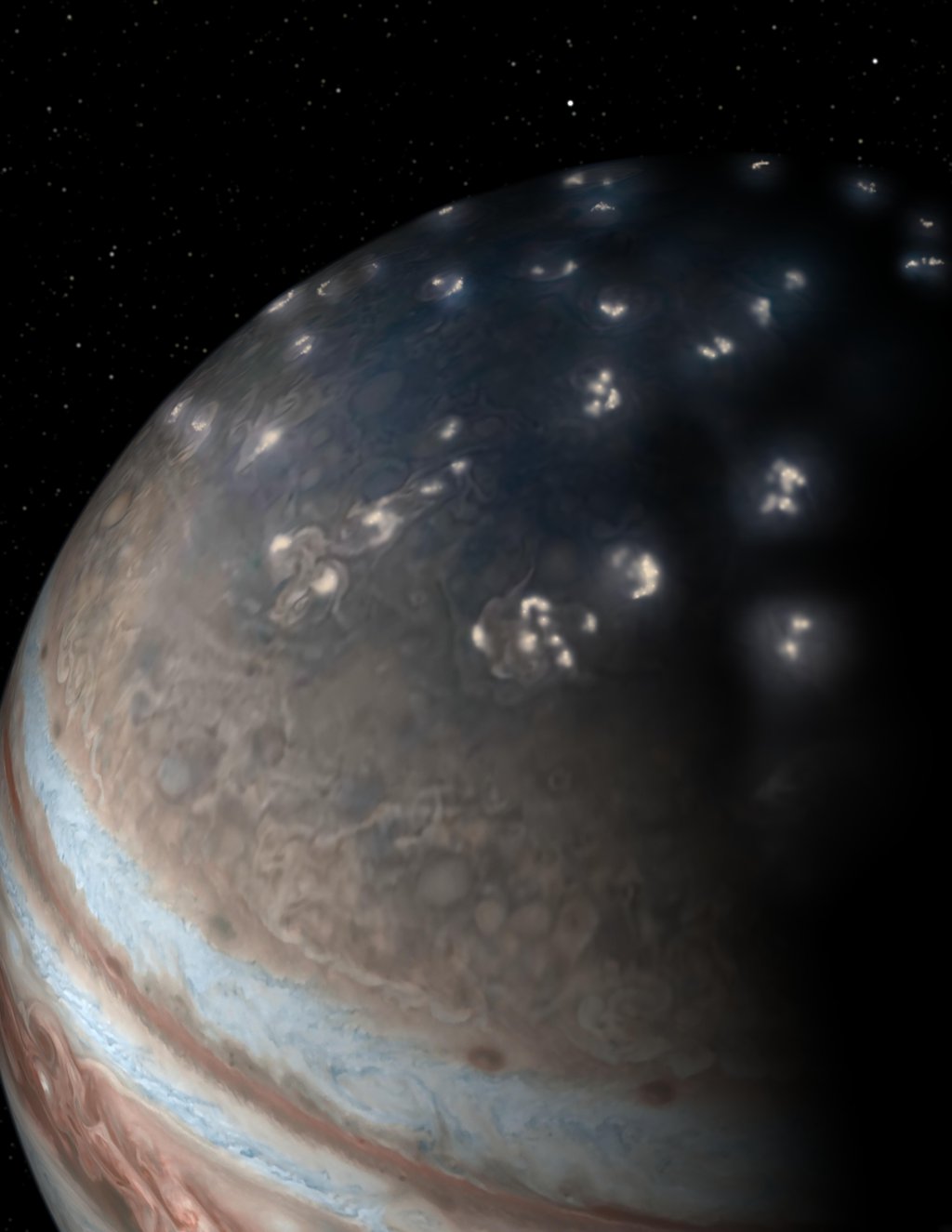 This artist's concept of lightning distribution in Jupiter's northern hemisphere incorporates a JunoCam image with artistic embellishments. Data from NASA's Juno mission indicates that most of the lightning activity on Jupiter is near its poles.