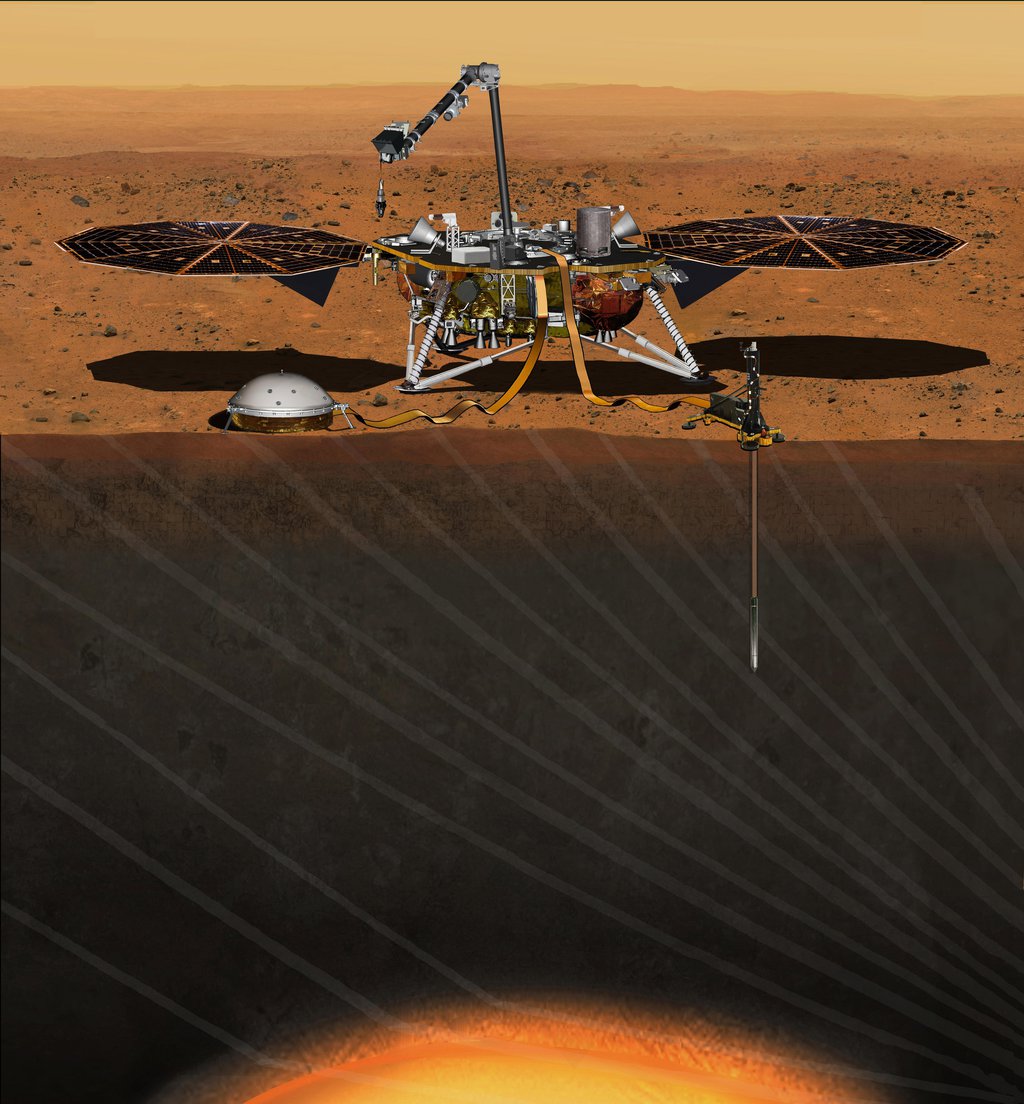 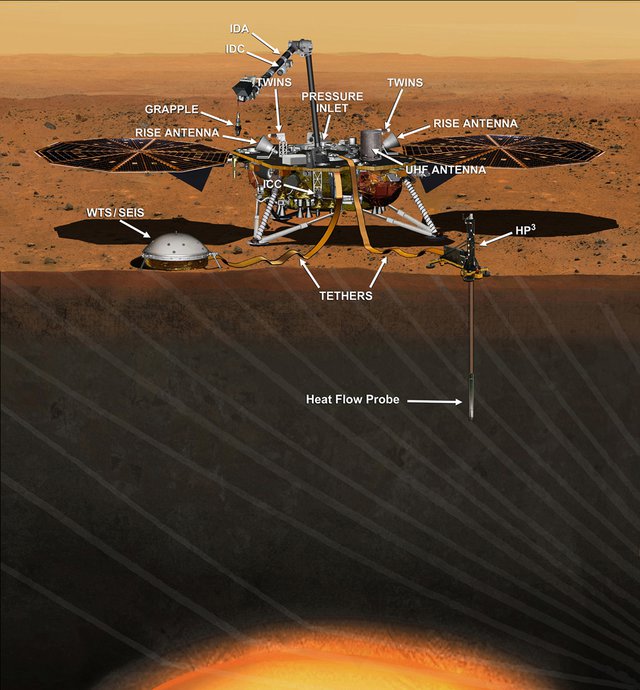 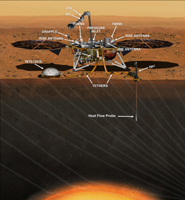 InSight, short for Interior Exploration using Seismic Investigations, Geodesy and Heat Transport, will investigate processes that formed and shaped Mars. Its findings will improve understanding about the evolution of our inner solar system's rocky planets, including Earth.

The lander will be the first mission to permanently deploy instruments directly onto Martian ground using a robotic arm. The two instruments to be placed into a work area in front of the lander are a seismometer (contributed by the French space agency Centre National d'Études Spatiales, or CNES) to measure the microscopic ground motions from distant marsquakes providing information about the interior structure of Mars, and a heat-flow probe (contributed by the German Aerospace Center, or DLR) designed to hammer itself 3 to 5 meters (about 16 feet) deep and monitor heat coming from the planet's interior. The mission will also track the lander's radio to measure wobbles in the planet's rotation that relate to the size of its core and a suite of environmental sensors to monitor the weather and variations in the magnetic field. Two cameras will aid in instrument deployment and monitoring the local environment.

Figure 1 is an annotated version of the illustration, with the following features labeled:

Photojournal Note: Also available is the full resolution TIFF file PIA19811_full.tif. This file may be too large to view from a browser; it can be downloaded onto your desktop by right-clicking on the previous link and viewed with image viewing software.