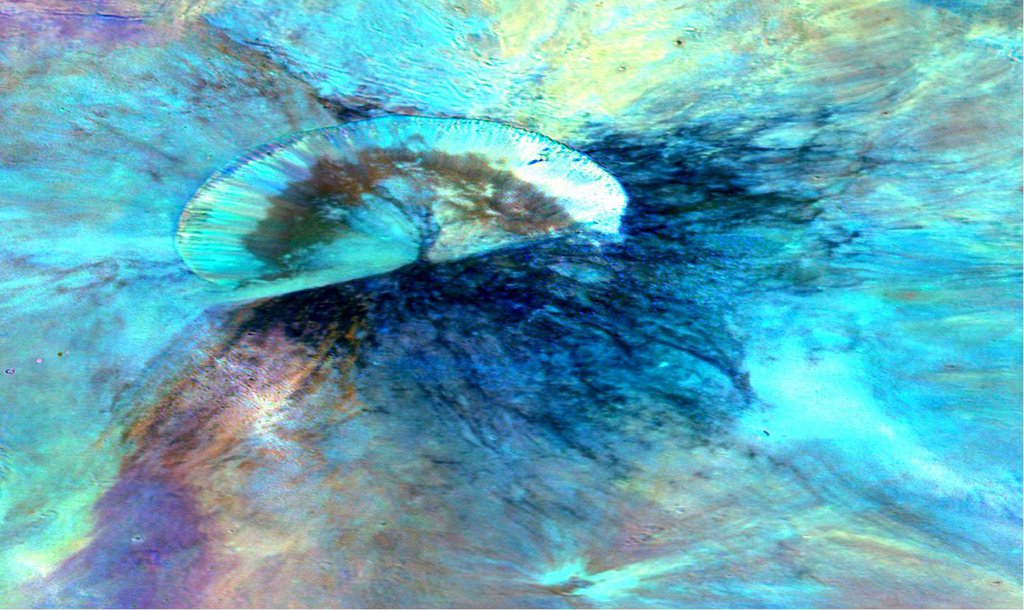 This colorized composite image from NASA's Dawn mission shows the crater Antonia, which lies in the enormous Rheasilvia basin in the southern hemisphere of the giant asteroid Vesta. The area lies around 58 degrees south latitude. Antonia has a diameter of 11 miles (17 kilometers).

The light blue material is fine-grain material excavated from the lower crust. The southern edge of the crater was buried by coarser material shortly after the crater formed. The dark blue of the southern crater rim is due to shadowing of the blocky material.