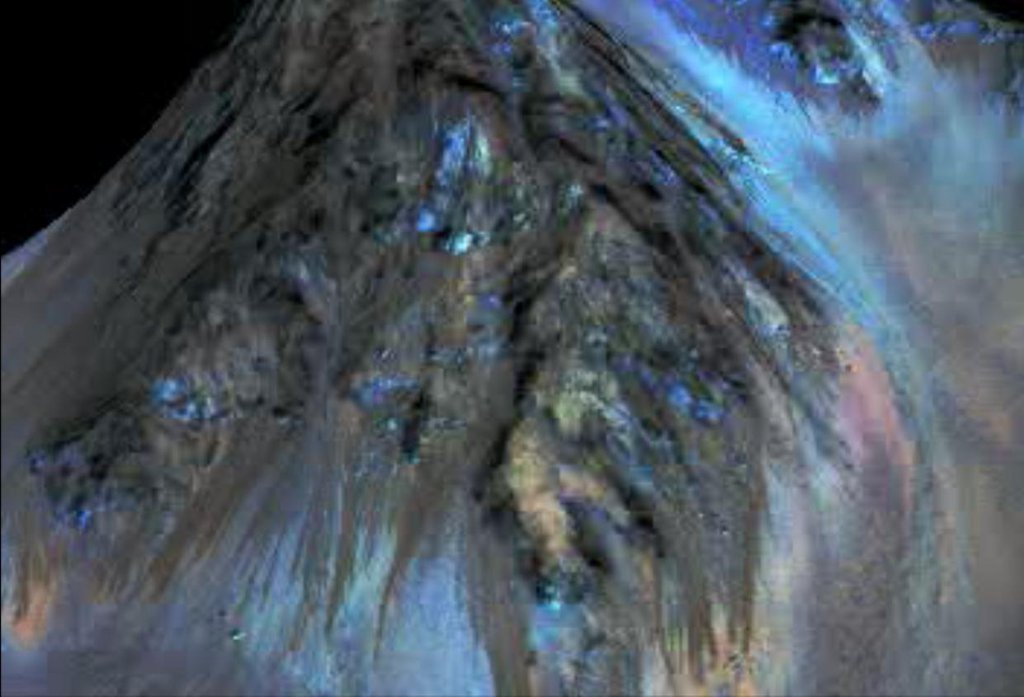 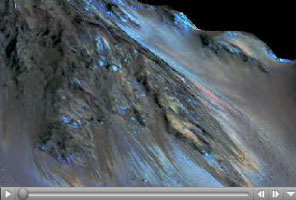 This animation simulates a fly-around look at one of the places on Mars where dark streaks advance down slopes during warm seasons, possibly involving liquid water. This site is within Hale Crater. The streaks are roughly the length of a football field.

The image was produced by first creating a 3-D computer model (a digital terrain map) of the area based on stereo information from two HiRISE observations, and then draping a false-color image over the land-shape model. The vertical dimension is exaggerated by a factor of 1.5 compared to horizontal dimensions.