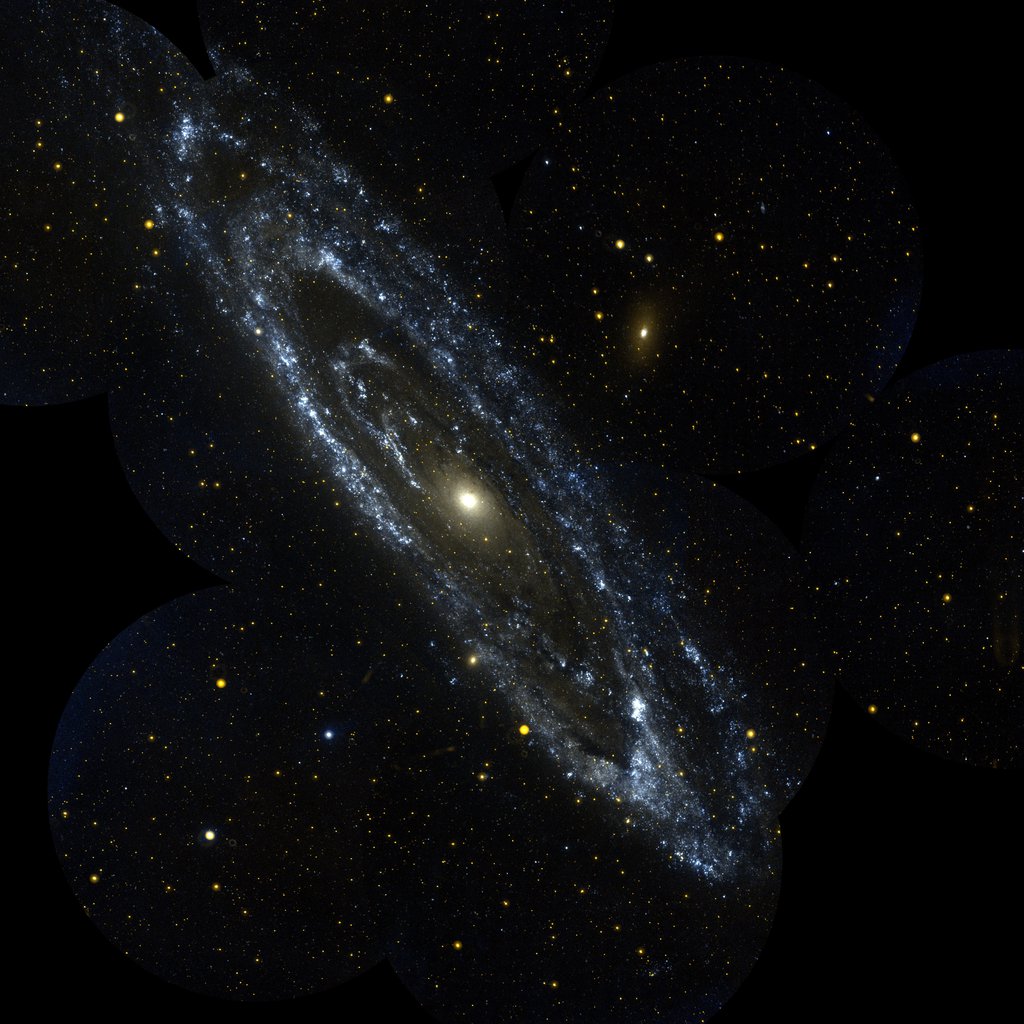 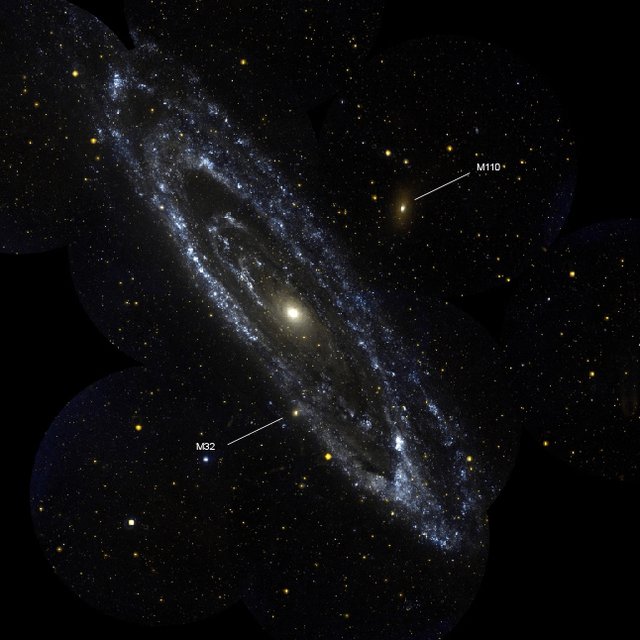 This image is a Galaxy Evolution Explorer observation of the large galaxy in Andromeda, Messier 31. The Andromeda galaxy is the most massive in the local group of galaxies that includes our Milky Way. Andromeda is the nearest large galaxy to our own. The image is a mosaic of 10 separate Galaxy Evolution Explorer images taken in September, 2003. The color image (with near ultraviolet shown by red and far ultraviolet shown by blue) shows blue regions of young, hot, high mass stars tracing out the spiral arms where star formation is occurring, and the central orange-white "bulge" of old, cooler stars formed long ago. The star forming arms of Messier 31 are unusual in being quite circular rather than the usual spiral shape. Several companion galaxies can also be seen. These include Messier 32, a dwarf elliptical galaxy directly below the central bulge and just outside the spiral arms, and Messier 110 (M110), which is above and to the right of the center. M110 has an unusual far ultraviolet bright core in an otherwise "red," old star halo. Many other regions of star formation can be seen far outside the main body of the galaxy.