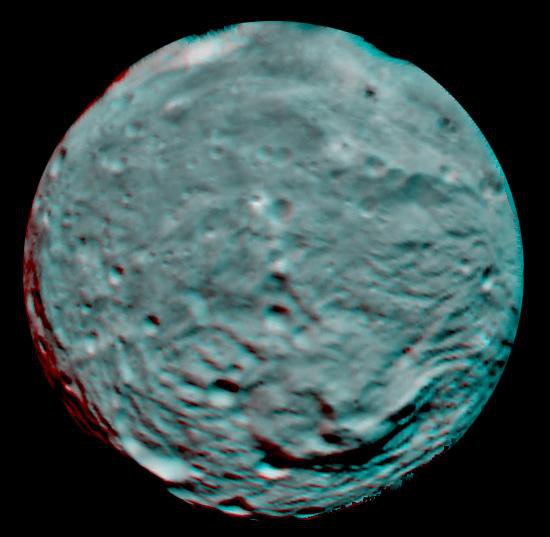 This anaglyph image of the south polar region of the asteroid Vesta was put together from two clear filter images, taken on July 9, 2011 by the framing camera instrument aboard NASA's Dawn spacecraft. Each pixel in this image corresponds to roughly 2.2 miles (3.5 kilometers). The anaglyph image shows the rough topography in the south polar area, the large mountain, impact craters, grooves, and steep scarps in three dimensions. The diameter of Vesta is about 330 miles (530 kilometers). Use red-green (or red-blue) glasses to view in 3-D (left eye: red; right eye: green [or blue]).