An Icy Scarp in the Southern Mid-latitudes 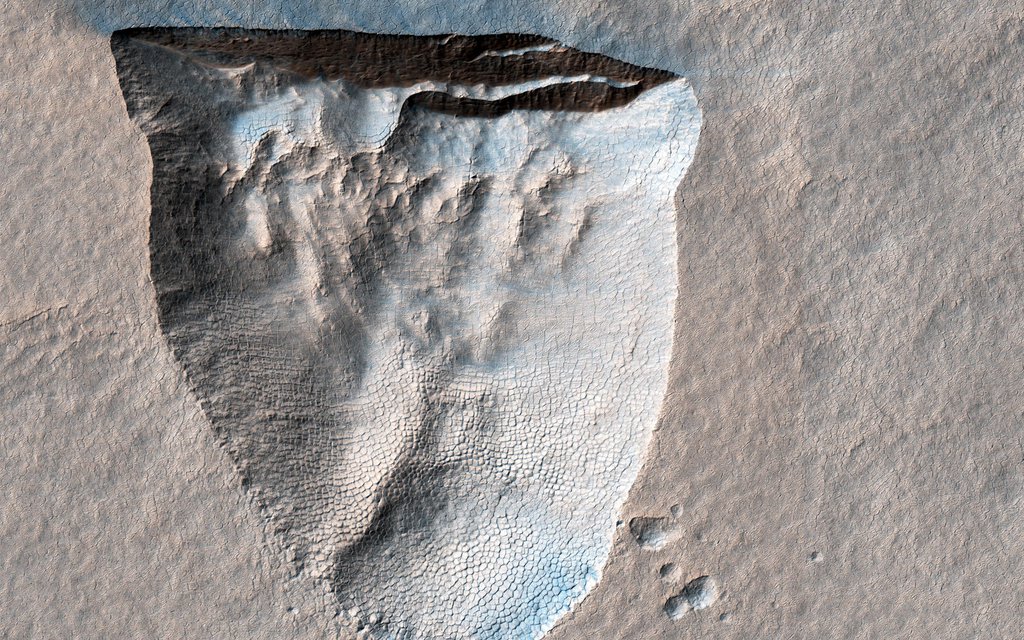 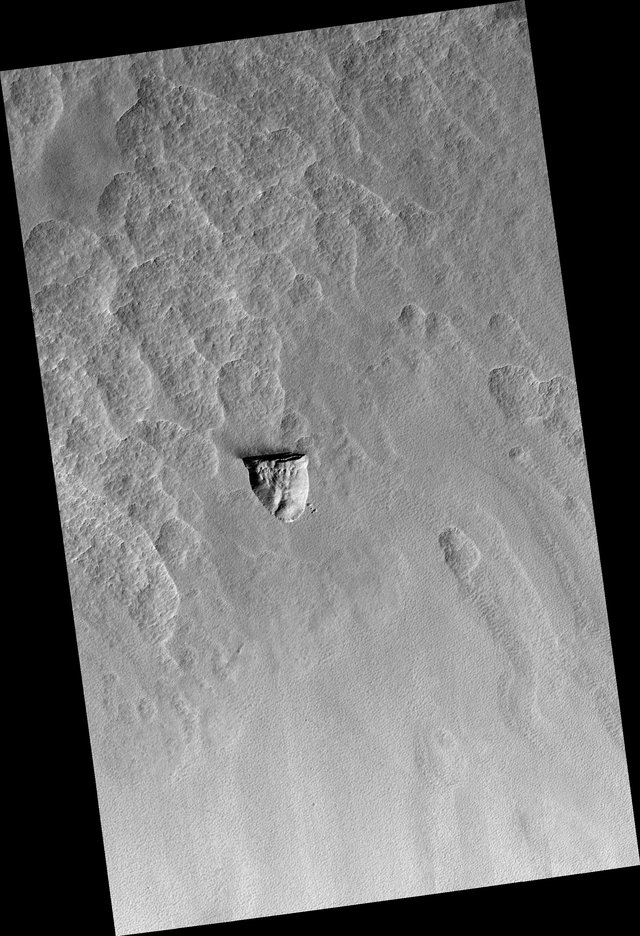 This enhanced color cutout shows a pit about 600 meters across that is bounded by a steep scarp on its northern side. Similar scarps in the southern mid-latitudes are known to expose water ice that extends to within a couple meters of the surface.

The ice appears to be slowly sublimating into the atmosphere, causing the scarps to retreat towards the equator (up in the cutout) and enlarge the pits. This is the first HiRISE image of this particular scarp, acquired as part of an ongoing campaign to monitor the evolution of these formations that may provide an easily accessible source of water for future human explorers.

The darker, bluer streaks extending away from the top of the scarp may have been caused by winds blowing sand out of the pit and/or removing brighter dust from the surface.