An Eye on Mimas 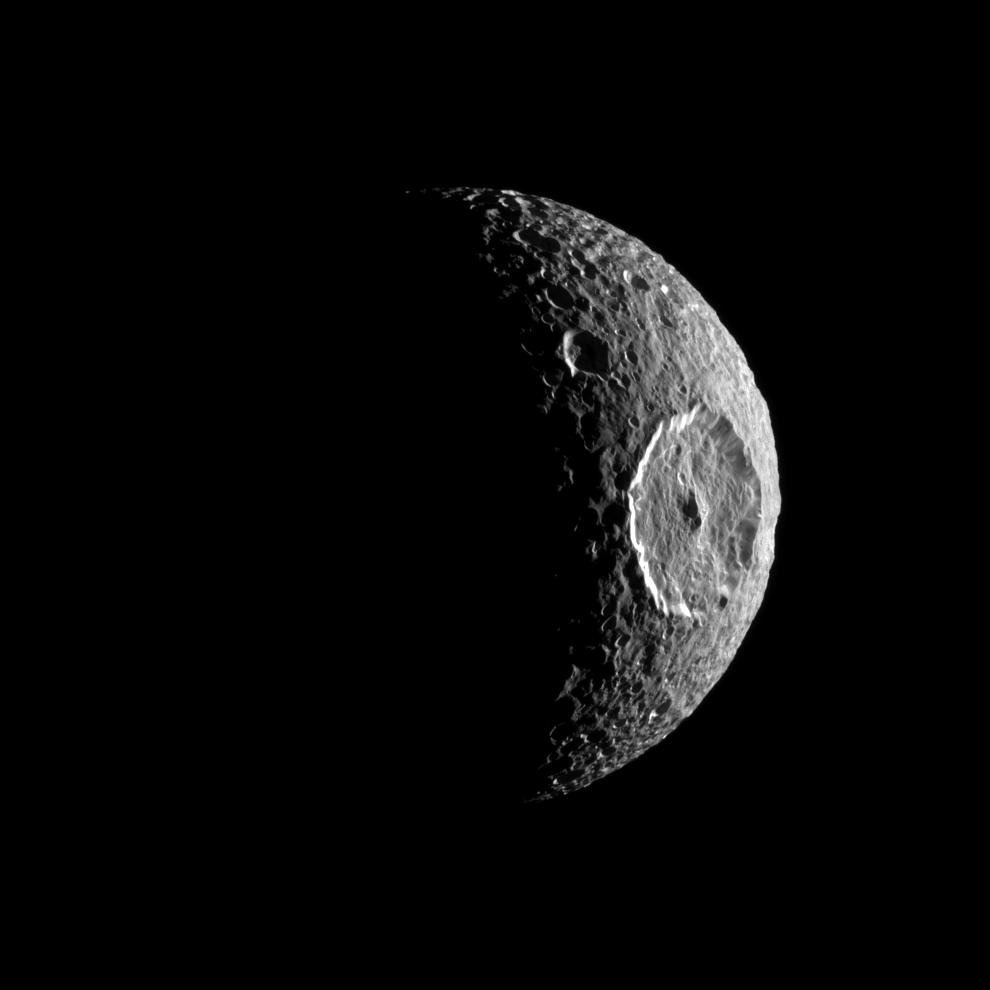 The Cassini spacecraft turns the eye of its camera toward Saturn's moon Mimas and spies the large Herschel Crater which itself looks like the iris of an eye peering out into space.

Herschel Crater is 130 kilometers, or 81 miles, wide and covers most of the right of this image. Scientists continue to study this impact basin and its surrounding terrain (see PIA12568).

Lit terrain seen here is on leading hemisphere of Mimas (396 kilometers, or 246 miles across). North on Mimas is up and rotated 1 degree to the left.