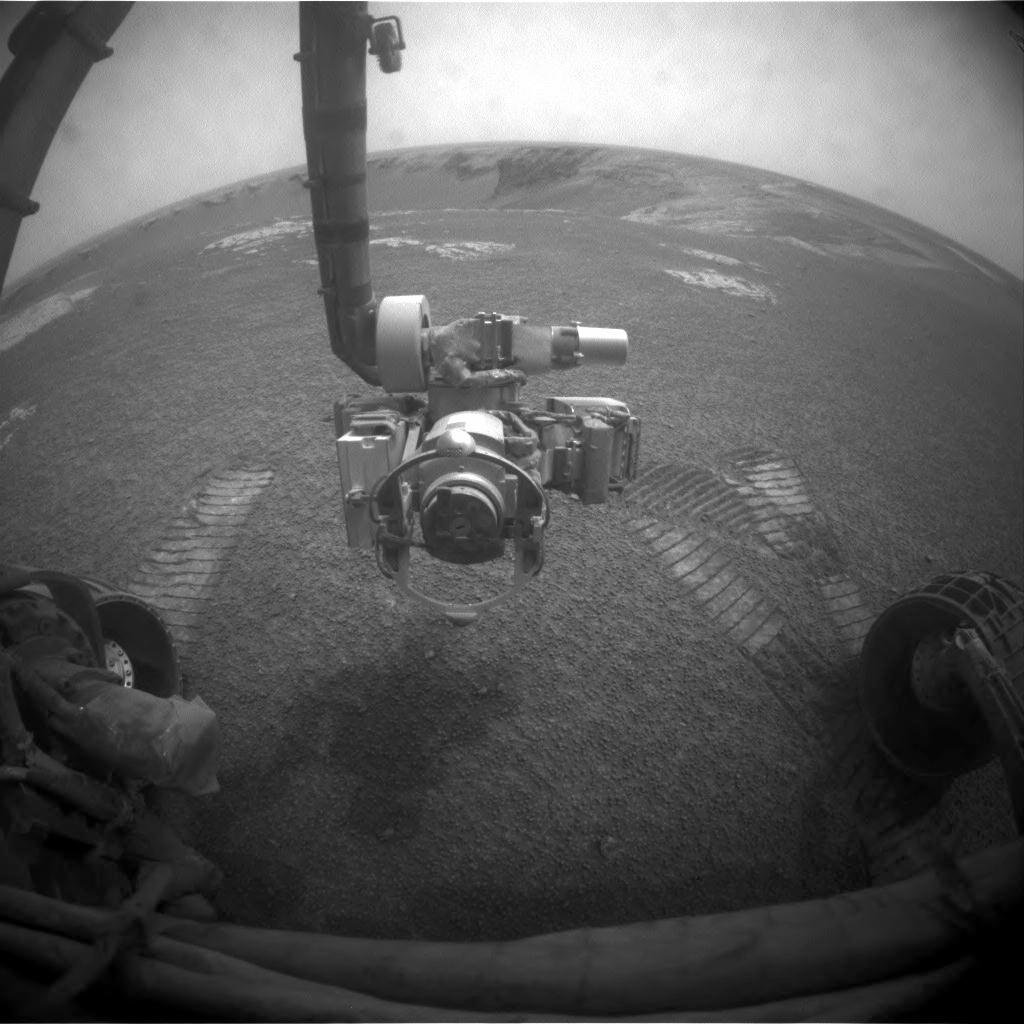 NASA's Mars Exploration Rover Opportunity used its front hazard-identification camera to obtain this image at the end of a drive on the rover's 1,271st sol, or Martian day (Aug. 21, 2007).

Due to sun-obscuring dust storms limiting the rover's supply of solar energy, Opportunity had not driven since sol 1,232 (July 12, 2007). On sol 1,271, after the sky above Opportunity had been gradually clearing for more than two weeks, the rover rolled 13.38 meters (44 feet). Wheel tracks are visible in front of the rover because the drive ended with a short test of driving backwards.

Opportunity's turret of four tools at the end of the robotic arm fills the center of the image. Victoria Crater, site of the rover's next science targets, lies ahead.