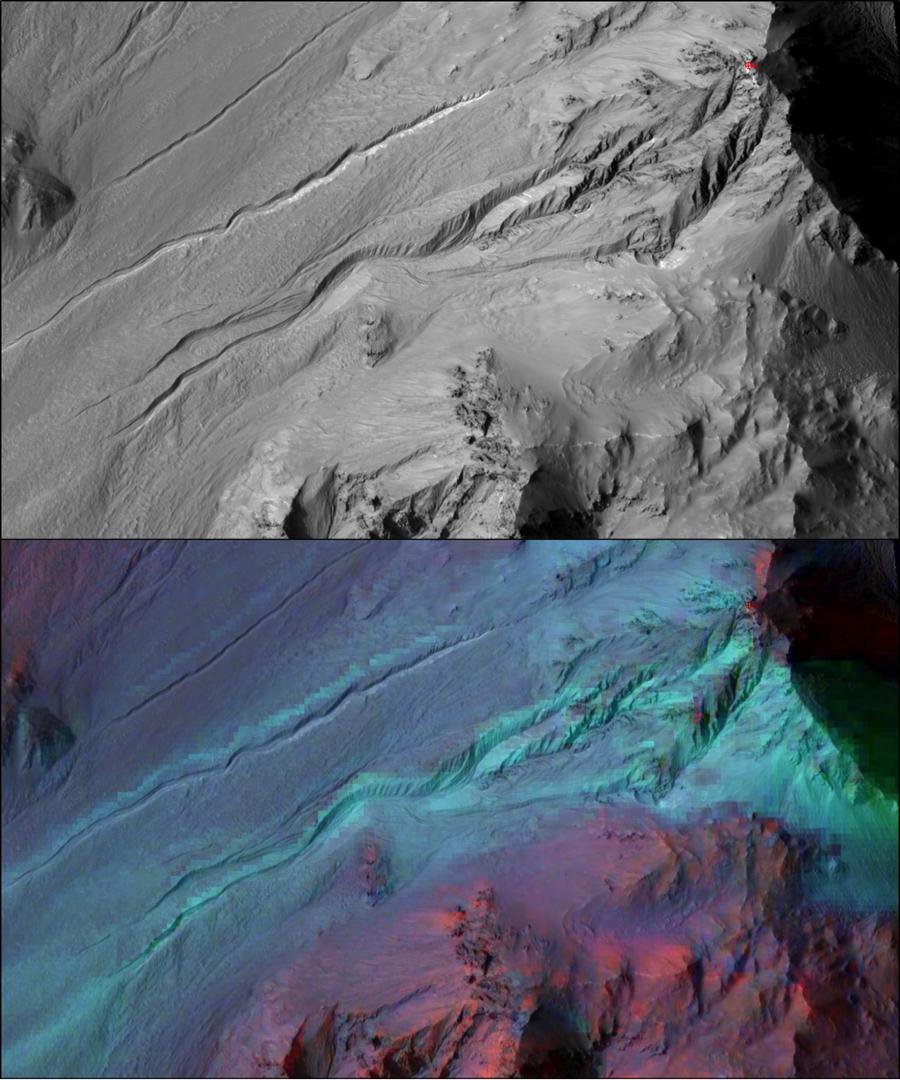 The highly incised Martian gullies seen in the top image resemble gullies on Earth that are carved by liquid water. However, when the gullies are observed with the addition of mineralogical information (bottom), no evidence for alteration by water appears.

Color coding in light blue corresponds to surface composition of unaltered mafic material, of volcanic origin. Mafic material from the crater rim is carved and transported downslope along the gully channels. No hydrated minerals are observed within the gullies, in the data from CRISM, indicating limited interaction or no interaction of the mafic material with liquid water. These findings and related observations at about 100 other gully sites on Mars suggest that a mechanism not requiring liquid water may be responsible for carving these gullies on Mars. (Gullies on Mars are a different type of feature than seasonal dark streaks called recurring slope lineae or RSL; water in the form of hydrated salt has been identified at RSL sites.)