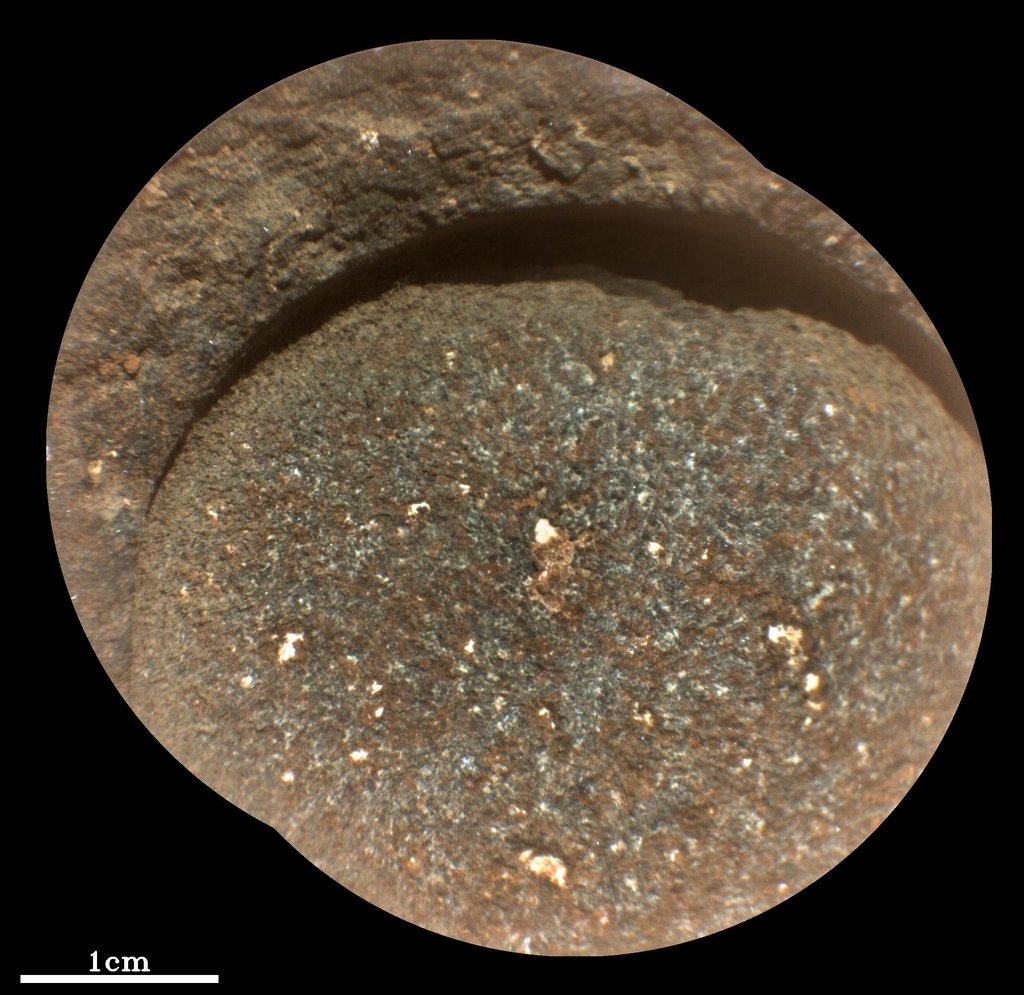 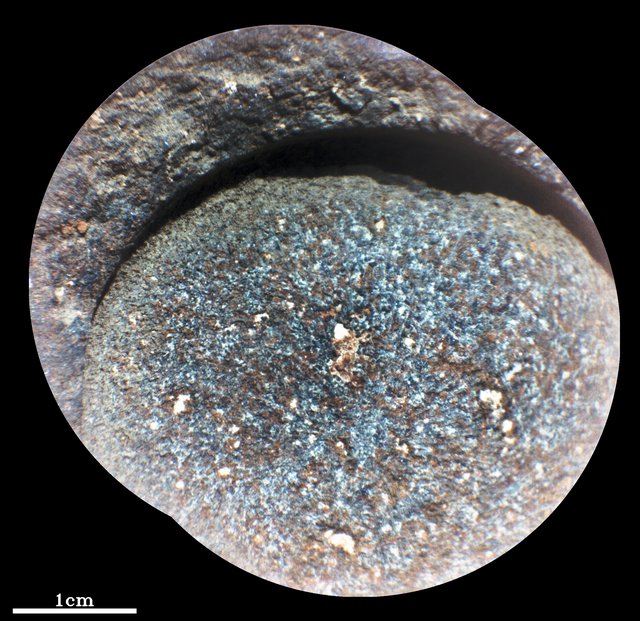 NASA's Perseverance Mars rover used its abrasion tool to grind down the rock surface at this target, nicknamed "Bellegarde," on Aug. 29, 2021, the 188th Martian day, or sol, of the mission. The abraded patch is 2 inches (5 centimeters) in diameter. The mission has nicknamed the rock itself "Rochette" and acquired its first two core samples from it. The rover abrades rocks using a tool on its robotic arm before drilling them in order to clear away dust and weathering rinds, allowing other instruments to study the rocks and determine if scientists want to grab a sample of them.

This close-up image was produced by Perseverance's SuperCam instrument in natural color, as it would appear under daytime lighting conditions. A second image (Figure 1) is enhanced color. Besides imagery, SuperCam has a rock-vaporizing laser and spectrometer. By studying a rock's vapor after each laser zap, scientists can study the chemical composition of rocks from a distance.

Perseverance landed in Mars' Jezero Crater on Feb. 18, 2021, and has been exploring the floor of the crater since. At the time these images were taken, Perseverance was in an area nicknamed the "Crater Floor Fractured Rough" area.

SuperCam is led by Los Alamos National Laboratory in New Mexico, where the instrument's Body Unit was developed. That part of the instrument includes several spectrometers as well as control electronics and software. The Mast Unit, including the Remote Microscopic Imager used for these images, was developed and built by several laboratories of the CNRS (the French research center) and French universities under the contracting authority of Centre National d'Etudes Spatiales (CNES, the French space agency).