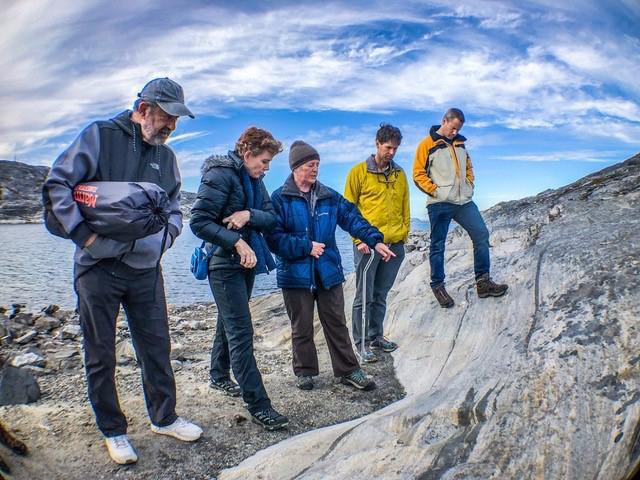 Abigail Allwood (second from left), principal investigator of the Planetary Instrument for X-ray Lithochemistry (PIXL) aboard NASA's Perseverance Mars rover, is seen here examining rocks at a site in Greenland. Allwood is a scientist based at NASA's Jet Propulsion Laboratory in Southern California.