A Target for Perseverance's SuperCam 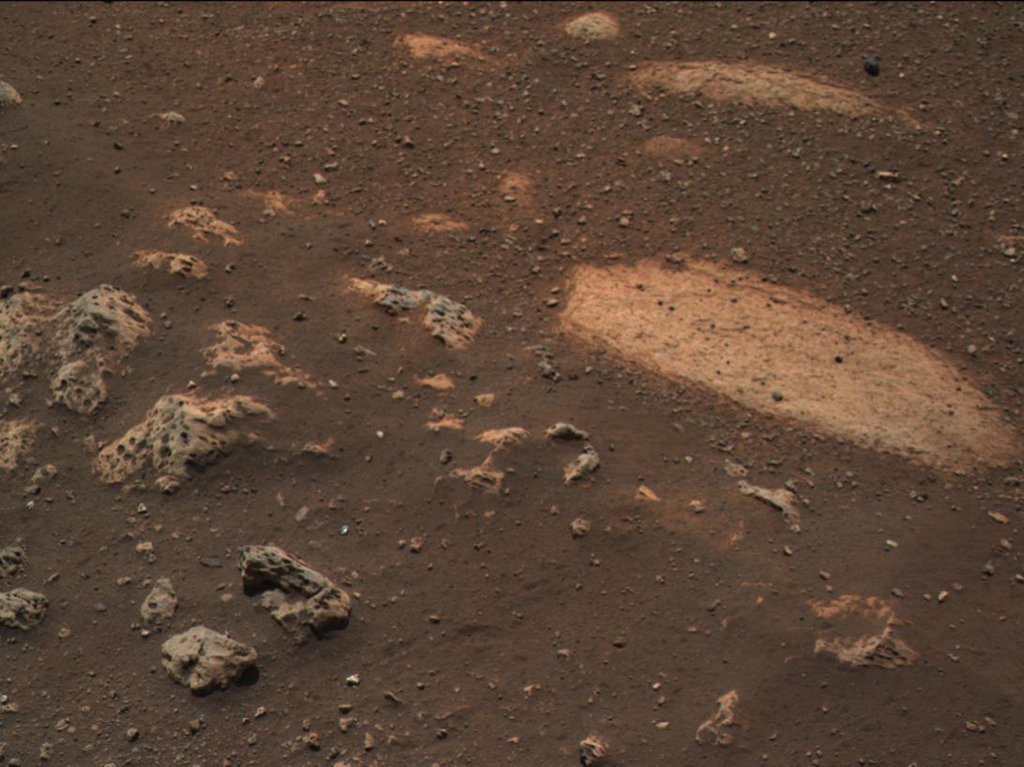 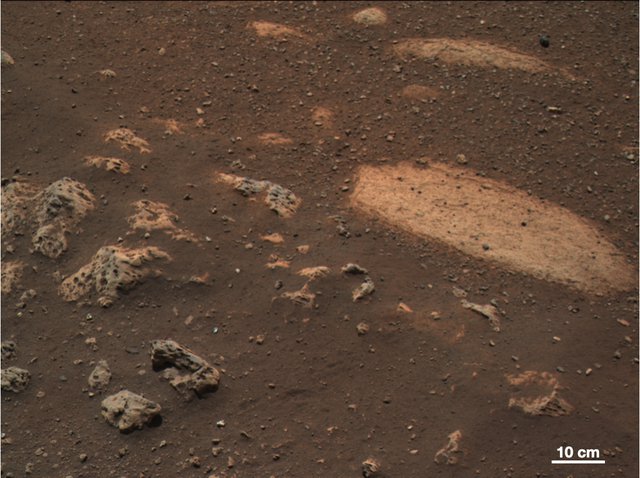 Taken Feb. 22, 2021, this image from the Mastcam-Z instrument on NASA's Perseverance rover shows the first target for analysis by the rover's SuperCam instrument.

The target rock is approximately 29 inches (73 centimeters) across its longest axis. On the left side of the image, rocks characterized by holes partially filled with dark sands contrast with the lighter-toned, smoother texture of the rock on the right. The finer-grained Martian soil can also be seen surrounding the rocks, some of which was disturbed by the Mars 2020 mission descent stage engine plumes. The image colors portray an estimate of the natural color of each scene, or approximately what the scene would look like if we viewed it with human eyes.